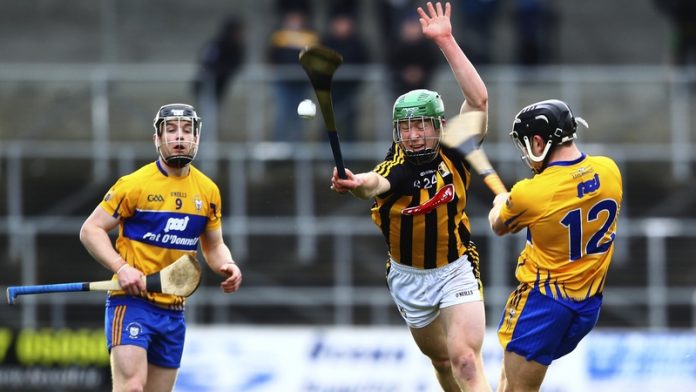 So then, whose bright idea was it to condense all 8 National Hurling league fixtures into a 9 week period? Nevermind the fact that the last 2 years saw cancellations to fixtures, resulting in the final being put back on both occasions, the powers that be just decided they’d plough on ahead any way. Who’d have thought, in Ireland in February, they’d end up having to postpone games due to inclement conditions?

Now I know there are honourable motives for attempting to stage all of these games in a restricted timeframe. They want to have the month of April free for the club competitions. That’s fine until you realize 1) It’s Ireland in the winter: games are always going to get cancelled 2)8 games for a player over the course of 9 weeks is pretty much enough to physically break them and 3) Isn’t it a bit of an Irish solution to an Irish problem, to wheel out the clubs for a single month in April and then leave them dormant for aeons after?

These are all arguments for another day I guess. If the GAA fixtures calendar review taskforce (try saying that 3 times fast) aren’t even going to listen to their own playing members, they’re hardly going to listen to me are they? Nonetheless, at least there’s no storm forecast for this weekend so we may be lucky enough to see some more action. And aren’t we all the happier for that?

Of course Cork did manage to get on the pitch last week and overcame (just about) a most determined Westmeath side. It was always a bit of a no win situation for Kieran Kingston’s troops going up there, although I guess they did win by, you know, winning. The performance left a bit to be desired, but that wasn’t necessarily the bottom line consideration for all concerned. This, however, is a much more serious test, against the in form team in the country of the moment.

Peculiarly enough, Cork’s record against their esteemed rivals over the past couple of years has been quite good. They’ve won 2, drew 1 and lost 1 of the last four fixtures in league and championship. The fact that the game they lost (All-Ireland semi-final 2018) was the most important one, does take the sheen off that record somewhat but there’s no fear on Leeside of what they’re doing on Shannonside. There is though the fact that Limerick are in form, well rested, and have a habit of taking Leagues that bit more seriously than their Munster brethren. So given those circumstances we’re giving them a tentative nod.

Another couple of sides who’ve had their feet up for the last few weeks. Galway have had three weeks to stew over that, relative non show against Limerick. Waterford are on the back of two wins but have cause to forget when last they actually played. At this stage it’s Shane O’Neill’s men who have most to prove. Or at least Shane O’Neill’s fringe players that have most to prove.

There’s more than a few  who are still uncertain if senior inter-county hurling is really for them. There’s a Daithi Burke shaped hole in the defence and it’s debatable if the Gearoid McInerney at full back experiment is actually working. It’s highly unlikely he’ll still be there come summer, just as we’d be pretty much unsure of a number of Sunday’s lineup featuring later on.

At least there’s a sense that the Waterford side is a firmer indicator of what to expect come summer and less a hodge podge of “probables” and “possibles”. Add Austin Gleeson and Jamie Barron, or at least, a 2017 version of that duo, into that starting 15 and you’re starting to look at a serious outfit. So expect a better performance from the Tribesmen but given home advantage, we’re expecting the Liam Cahill inspired Deise revival to continue, for now at least. 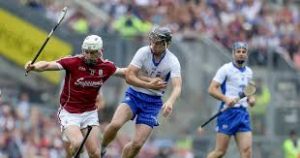 Well that was better. 8 months ago when Westmeath faced off against Cork in the  championship, they ended up on the wrong end of a 23 point battering. So, even given the fact the eventual outcome was still the same, to come within 4 points of their much more illustrious opponents was quite an achievement indeed. It was the bridge between respectability and competitiveness. Shane O’Brien is obviously doing some sterling work up there.

All of that will probably count for little though considering what they’re coming up against on Sunday. Tipp have had three weeks to prepare for this game and some of those All-Ireland winners, who’ve spent the winter blowing off cobwebs, must be chomping at the bit for action now. The last time these sides faced each other in 2017 there was only 9 points between the sides at the end and Tommy Doyle held Seamus Callanan scoreless from play. Of course that game was played in Semple Stadium, while this fixture is to be played in the less salubrious environs of McDonagh Park Nenagh. Does the fact this takes place in a smaller venue really make much of a difference? Maybe not, but you can’t help but think it’s still a bit of a slight to Westmeath. It’s basically saying “We don’t think your worthy enough of playing in our number one ground”

So there’s plenty of motivation for the lakeside men for this fixture. They’re playing well and they really rattled Tipp in their previous encounter. They’ve reason to believe a scalp could be just around the corner. Not this corner though.

Interesting one. The cavalry arrived back into Wexford Park last Sunday afternoon and boy, they didn’t need much time to make an impact. Even given how the rest of their comrades have battled manfully in the opening two fixtures, it’s hard to overstate the importance that Lee Chin, Matthew O’Hanlon, Diarmuid O’Keeffe and Rory O’Connor have on this Wexford team. O’Keeffe in particular played an instrumental role with that winning point but it’s the  leadership and lift that they give the crowd that make the quartet priceless. What’s more, they also seem to have mastered the art of winning tight games against Kilkenny. And how many sides, in the Cody era at least, can claim that?

Their opponents are arriving into this game in much better shape than they were just a few weeks ago. Beating Laois and Carlow is just about a “par” league performance for this Dublin side, but it’s how they perform in their final two fixtures that will really determine if this has been a successful spring for them or not.  The last couple of years there’s been hardly the width of a cigarette paper between these two sides in the championship, with the Wexicans emerging victorious by just a couple of points in 2018, while the Dubs managed to secure a draw last year with a last minute Sean Moran leveller. So there’s a certain level of physicality and intensity on the Dubs side that can worry Davy’s men, and considering home advantage, they’re right to consider they have a chance here. Converting a “chance” into a victory though is another matter. 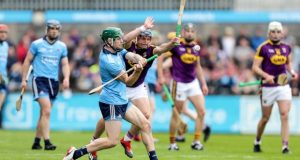 Last week’s fixtures for both of these sides was pretty farcical. They were both sent out in weather only fit for ducks and particularly brave ducks at that. Unfortunately both sides  succeeded in registering two duck eggs as well.  But who can finally break their points duck this weekend? (ok, that’s enough duck references)

Laois have been incrementally creeping closer to success with each game. Granted, Clare were a good sight better than them last weekend, but were it not for the vital interventions of Eibhear Culligan and Liam Corry, to prevent a certain goal with a quarter of an hour to play, there could have been a very nervy finish for the Banner men. Carlow on the other hand have never really looked like getting points on the board in any of their games to date.

In essence, this is a relegation semi-final. Whoever wins this, seems guaranteed of a place in Division 1 next year, while, for the loser, the trap door lurks ever closer. On the evidence so far, it appears Eddie Brennan’s men look more likely.

Hmmmm. Not exactly what the doctor ordered was that? Ok, fair enough, we weren’t exactly expecting Kilkenny to overcome their neighbours away from home last weekend, but after a third quarter surge, where a sumptuous Richie Hogan rolled back the years and made it look like they would, the last 20 minutes were a little bit dispiriting for Cody’s men. To lose against this Wexford side is not a crime. To lose from a winning position with 20 minutes to go while playing with a gale force wind is somewhat less forgiveable though. And lest we forget, it’s the second time they’ve blown a lead against them in the last 12 months. At this stage the Wexicans have gone from being a mild irritant, to a full blown bogey team.

It’s a damn sight different on the western front. Considering the way the cards have fallen, with the fact that they’ve a highly winnable final fixture against Dublin at home, Clare look all set to take one of the top 3 slots in this division, regardless of what happens on Sunday.  It’s also a matter of fact that Clare’s record against Kilkenny in the league, with four victories against them in the last 4 years, is an exceptionally good one. So this is bonus territory for Brian Lohan’s men. They know they can beat Kilkenny, but at this stage, they don’t need to.

This Kilkenny side has always demonstrated some degree of bouncebackability though. Remember how they were written off after the Leinster final last year, and proceeded to beat Cork and Limerick en route to an All-Ireland final? They’re slowly inching their way back to a full strength line up (ie TJ still isn’t back) but at home, and given their most recent reversal, it really wouldn’t do to have another defeat on the bounce. There needs to be a statement victory here, and they’re well capable of getting one.