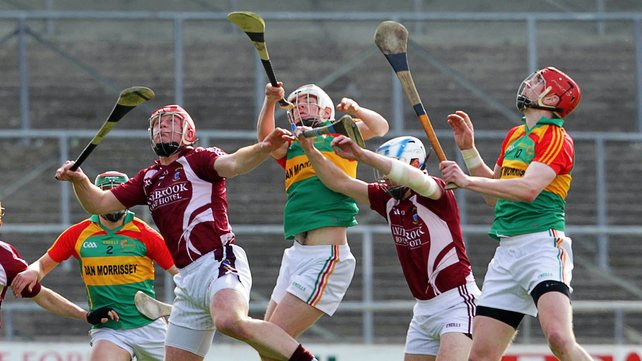 Well that wasn’t too bad was it? I mean, obviously, if you’re one of those guys for whom first is first, and second is nowhere, then it was bad. If you’re a Roy Keane type who doesn’t believe in such things as moral victories, then you might be of a line to think it was just another wasted opportunity. But if you’re Liam Cahill and you’re trying to get Waterford back to a position of strength, then there was plenty of room for positivity in last week’s defeat to Tipperary. Look at it this way: away to the All-Ireland champions and down to 13 men after Kevin Moran’s harsh expulsion and Austin Gleeson’s rush of blood to the head (not his first we may add) they managed to put together a second half of hurling as good as any they have had in the last 2 and a bit years.

All around the field there were men who put in admirable shifts. Stephen O’Keeffe was Eoin Murphy like in his propensity to stop bullets, while Conor Prunty made a few heroic interjections just ahead of him. Jamie Barron finally looked like he was getting back to the form that made him one of the best hurlers in the country a few years ago, and Peter Hogan appeared a more than adequate addition to the forward line. Alongside him, Stephen Bennett could finally become the superstar he’s always threatened to be. Were it not for some wildly inaccurate shooting, with nearly 20 wides, it would have been perhaps the biggest scalp of the National League thus far.

Now everything that we’re saying comes with the pretty big asterix of “Yeah, they looked great this time last year too and look how they did in the summer”. And that’s a valid point. That’s a very valid point and it has to be added, after the last 2 annus mirabili (Sorry if that’s incorrect, I know f all about Latin), where they didn’t even win one game in the championship, we can’t trust Waterford anymore. They have to earn our trust from now on. And they may do so. But it’ll take another couple of months before we find out.

On the other hand, you have Limerick. Now you might think that John Kiely making 8 changes to last Sunday’s team would cause a serious drop off in performance levels for this Saturday, but then you look at the line-up and it’s pretty damn strong isn’t it? It’s pretty damn strong and no mistaking. So you’d have cause to fancy them here again. Waterford are improving? Sure. Sure they are. But Limerick are Limerick. 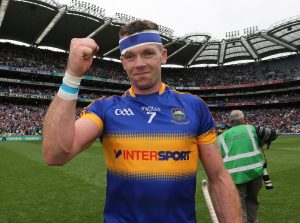 Hmmmm. Now ok, fair enough, a win is a win and all that but scratch beneath the surface of the 2 points, and you’d have to admit that Tipperary weren’t that great last Sunday. Sure there were moments of ingenuity. Noel McGrath’s flick for that second half point was one for instance, and Dylan Quirke certainly looks like he could provide some serious competition in the forwards, as if they needed any more, but beyond that, there were a few things that were a bit iffy. Maybe there’s a simple explanation for it. The “we’re in a bout of heavy training” line was trotted out by Liam Sheedy post game. Now maybe they are, we’ve no reason to doubt his honesty, but it could be just a handy excuse for a side that hasn’t been firing on all cylinders post winter break.

It was a decent two points to get all the same. And on the other side of the Shannon, there was an even more important 2 points to get on the board for Shane O’Neill and his men. When Tim O’Mahony scored that goal with 20 minutes to go to put the rebels back into the lead with the wind, there was a ready-made excuse for the tribesmen to say “Here we go again” and bow out with a whimper. They didn’t though. Now in fairness, Robbie O’Flynn’s sending off helped. It’s doubtful if they would have overcome the odds otherwise. But it showed that, despite the numerous losses over the past while, there’s still a kick left in this Galway team.

What’s more encouraging is that some of the more experimental selections reaped some of the greatest rewards. Brian Concannon gave the type of performance he’s been threatening for the last couple of years. Shane Cooney looks like a viable option in the centre back position while his rival for that slot-Gearoid McInerney-enjoyed a revival of sorts in the full back line. The only thing that really needs sorting out is the free taking situation, so imagine big Joe will be welcomed back with open arms in the next few weeks.

So this is a quarter final play off in all but name, and it could all just depend on who wants it more as regards who the victor will be. Do Tipperary need to win this game? Kind of but not really. Do Galway need to win this game? They probably do. For the sake of confidence in where they’re going, and the Shane O’Neill project, they probably do. That could make all the difference. 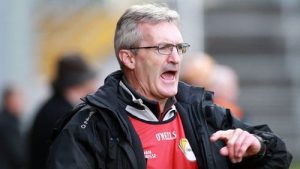 The match of the weekend. Obviously, there’s a lot of shadow boxing when it comes to this hurling league. I mean, Tipperary play Galway this weekend for a place in the quarter finals, and both of them want to win it, but at the same time, do either of them have to? Is that one game going to make that much of a difference to how their season is perceived come August? Unlikely. But, unless they meet in the Joe McDonagh Cup final in a few months’ time, this is the biggest game both of these sides will play all year. So, considering the level of hurling development that needs to be done in the next 12 months, the ramifications of this game are enormous.

Now Carlow are well used to this. Last year they were in almost identical situation, away against Offaly in the play off, with the trigger locked and loaded to their head, having been beaten by the same opposition in the league proper a few weeks previously. They were 11 points down at half time, they were a man down, and yet somehow, somehow, they managed to pull it off. I’m sure Colm Bonner will be hammering that point down the throats of his players. They’re good enough to win this game. They’ve done it before and they hammered Westmeath in a Joe McDonagh Cup final 21 months ago. If they play to their potential, this game is there for them.

A lot can happen in 21 months though. Or even 6 months. Now it seemed unfair, after getting promoted from Division 2A and reaching a Joe McDonagh cup final for the Westmeath county board to dispense with the services of poor old Joe Quaid, but what’s happened in the interim would appear to have backed up that decision. Now ok, the side haven’t actually won any of their games, in an especially difficult division this spring, but particularly against Limerick and Cork, they’ve punched well above their weight.

The Shane O’Brien era actually got off to a flying start 3 months ago when they managed to upend this week’s opponents in the Walsh cup encounter. How much influence that game has on this one is open to conjecture, there’s certainly been a lot of hurling done in the interim, but if you look at the form-lines they seem to be pointing in one direction. In terms of scoring difference at least Westmeath have been more consistent. So it should be a corker, and we know Carlow won’t go down without a fight, but all the indicators are in favour of the Lake men delivering the knockout blow.