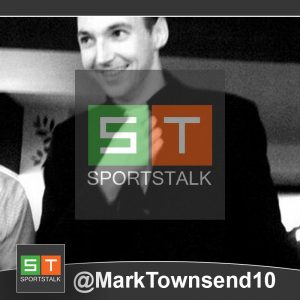 If nothing else, Cork’s last league outing against Wexford taught us two distinct things. Number 1: The rebels really don’t give two hoots about the league. Number 2: The funding/pitch situation in Pairc Ui Chaoimh just happens to be one of the greatest clusterf**ks in the GAA over the past few years. So because of all that skullduggery, it’s off to Pairc Ui Rinn we go this Saturday.

Paradoxically though, that could actually benefit the side. Pairc ui Rinn has a better playing surface than Pairc Ui Chaoimh and Cork’s record there is at least comparable with their home venue. The only question then really is, how much do the players want it? Well we saw from Clare in their last game against Kilkenny that they are up for this league, and if Peter Duggan, John Conlon and co can continue their vein of form up front another victory looks likely. So expect more Cork misery this evening.

Ok, this is getting a bit ridiculous now. Sure we knew this Limerick team was good. How else would they have won the All-Ireland? But I don’t think any of us realized they were going to be THIS good. You spend all winter dragging the Liam McCarthy cup around the country, except the pubs obviously, and you’re only back in training a couple of weeks when you face up to Wexford away in the first round of the league. They’re hardly going to win that are they? Well they only went and did it. Ok, that’s all fine and dandy but they’re not going to back it up by beating a new re-energenized Tipperary in the Gaelic Grounds. Oh, they only went and did that too. And not only that, but they did it pulling up.

So this is serious now. To paraphrase Brian Cody, this is a serious Limerick team. But surely they’re not going to go into the Lion’s den and take their place as kings of the Jungle? It’s not going to be a case,that after 45 years of Oppression (we’re talking Kilkenny’s dominance over Limerick here now, not Brexit….although) they’re going to announce themselves as the new overlords?
Let me tell you one thing, he may not have a long trunk and big ears but I can assure you, Cody never forgets. He will know that with a few minutes to go in last year’s All-Ireland quarter final, Kilkenny were level until John Donnelly was poleaxed with no free given. The treaty men went down the other end of the field, pointed and just about edged over the line. So all over the winter we’ve been toasting Limerick and musing over Kilkenny’s decline, when really, things could have been so different. The line is fine my friends. And though a league fixture in February is a world away from a knock out game in July, there’s enough motivation there for Cody men’s to be the right side of the line this Sunday.
PREDICTION: KILKENNY BY 2
Wexford v Tipperary, Wexford Park, Wexford, Sunday, 17th February, 2pm
One step forward, two steps back. Same as it ever was for the Premier. Just typical you may say. Or Tipp-ical eh? Eh? Ah, forget it…
As much as the opening performance by the Premier was encouraging, the second half collapse against the incumbent All-Ireland winners was equally worrying. We know that Tipp have got any amount of hurlers in the world but when the chips are down, would you really be backing them? The league game was almost a carbon copy of the championship tussle last year when Limerick blew them out of it in the last quarter.
So given the hosts most recent victory over Cork, you’d imagine they may be favourites for this one. Maybe. Or maybe Tipp will finally pull a backlash performance out of the fire? Fanciful stuff? Well, that’s what we’re hanging our hat on anyway.
PREDICTION: Tipperary by 3 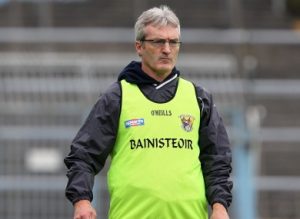 DIVISION 1B
Waterford v Carlow, Fraher Field, Dungarvan, Waterford, 16th February, 7pm
Ah yes. If there’s been one feel good story from the National Hurling league so far, its undoubtedly been the rise of the scallion eaters from the midlands. Now it’s fine and dandy accumulating Christy Ring and Joe McDonagh cups. It’s another getting promoted to Division 1B of the league and having one of your club teams  (Mount Leinster Rangers) getting to an All-Ireland final.
But what’s really needed to announce yourself on the main stage is getting a result against one of the big teams in a competitive game, and drawing against a Galway side in the league, whether it be depleted or not, is surely a sign of that. Colm Bonnar, and everyone connected with Carlow hurling, have done unbelievable work in the last decade or so to get them to this level, and they deserve untold (©Buff Egan) praise for getting them this far.
Then again reality has a habit of biting you in the behind, just as soon as you’ve patted yourself on the back, and if Dublin was a tricky opening game and Galway was tougher, then their most arduous game of the league campaign is likely to be this one. Waterford have been flying it under Pauric Fanning so far and racked up big wins in both their fixtures. If Carlow can survive this game with their pride intact then that will be a positive sign, but the most important games, for both of these sides, are still to come.
PREDICTION: Waterford by 10
Laois v Offaly, O’Moore Park, Portlaoise, Saturday, 16th February, 7pm
Maybe it won’t be billed as such explicitly in either side’s dressing room, but this game near enough amounts to a relegation decider dress rehearsal. What’s more, it’s a local derby, and whatever psychological edge that can be obtained will be welcome, considering the sides face off in an even more important fixture in the Joe McDonagh Cup come the summer.
If recent history is anything to go by, then there’s going to be very little to choose between the two of them but the O’Moore men may have the slight edge. They managed to get within 16 points of Waterford in their most recent league encounter, while Offaly’s reversal was a much more humiliating 27. Similarly they came out on top by 3 points in the Walsh cup game last December. So given home advantage and the questionable form of their opponents, you’d have to back them for this one.
PREDICTION: Laois by 3
Galway v Dublin, Pearse Stadium, Galway, Sunday, 17th February, 2pm
Similarly to Cork in Division 1A you get the feeling that Galway really aren’t that bothered about the league. Sure, it’s a nice chance to give some young guys a run out and a bit of pre-season training, but it’s hardly something to get worked about is it?
Still and all, it would have been a bit of a jolt for the tribesmen to have got such a fright against Carlow the last day. Is this a sign of a side going stale? Or just understandable signs of early season rust? So expect some sort of a reaction in front of their home fans on Sunday. The fact that there’s 7 changes to their starting line up suggests there will be. Their opponents have overcome Carlow and Offaly with reasonable degrees of comfort but if Galway are motivated to put up a performance in front of their home fans, they should have enough in the tank.
PREDICTION: Galway by 4

9 time All Star Winner – Tommy Walsh talks about the...