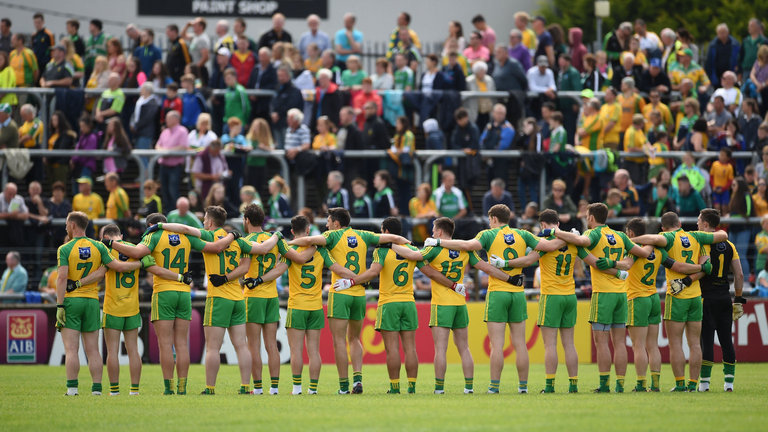 Northern Ireland Secretary of State James Brokenshire has fallen under a lot of scrutiny already after accusations that he ‘snubbed’ the playing of the national anthem at the McKenna Cup final in Newry at the weekend.
Brokenshire became the first person in his position to attend a GAA match in Northern Ireland but after reports that he stayed in the stadium’s control room while Amhran na bhFiann was being played, Mr Brokenshire has come in for a lot of criticism.
While it was very good to see the Northern Ireland Secretary attend the game, it looks like a half-hearted gesture when you don’t come in until after the anthem is played. Mr Brokenshire is Secretary for all of Northern Ireland, not just those he agrees with and the fact of the matter is a lot of people in the North respect the Irish anthem.
Also, as pointed out by critics, it is 10 years since God Save The Queen was played in Croke Park for the Ireland-England 6 Nations game. Surely, both sides can respect both anthems at this stage, right?
The Southend-on-Sea MP doesn’t have to have any affection for Ireland (it would help with his job though) but doing something as simple as standing for the anthem shouldn’t be beyond him. With all the political and religious differences that has plaqued Northern Ireland’s past, you would like to think that modern politicians could see beyond this.
If Mr Brokenshire was to attend the England v Ireland 6 Nations game this time around, would he sing God Save The Queen, then leave? How would he have responded if when the Queen came to Ireland, that their anthem was disrespected?
It isn’t just one side of the divide which is guilty of this, it must be added.
Just a few years ago, a Sinn Fein sports minister attended a game in Windsor Park, where he didn’t take his seat until after the anthem. This pettiness is so unnecessary and does nothing except make everyone look childish.
Instead of being able to tell reporters he was impressed with Tyrone winning the Dr McKenna Cup for the sixth time in a row, or focusing how he said he felt more than welcome at the game, the NI Secretary did what a lot of political figures are wont to do, and made a load of unnecessary headlines which have taken away from the initial gesture.
The aforementioned gesture shouldn’t be forgotten. Gaelic football in Ulster is a big part of life and it is something that their Secretary should acknowledge and he did. While Tyrone and Donegal are the early favorites to win the title, one appearance that should be guaranteed is that of James Brokenshire.
He better come in a few minutes earlier next time, though.

Kate Kelly flying past me running backwards (quicker than I could...