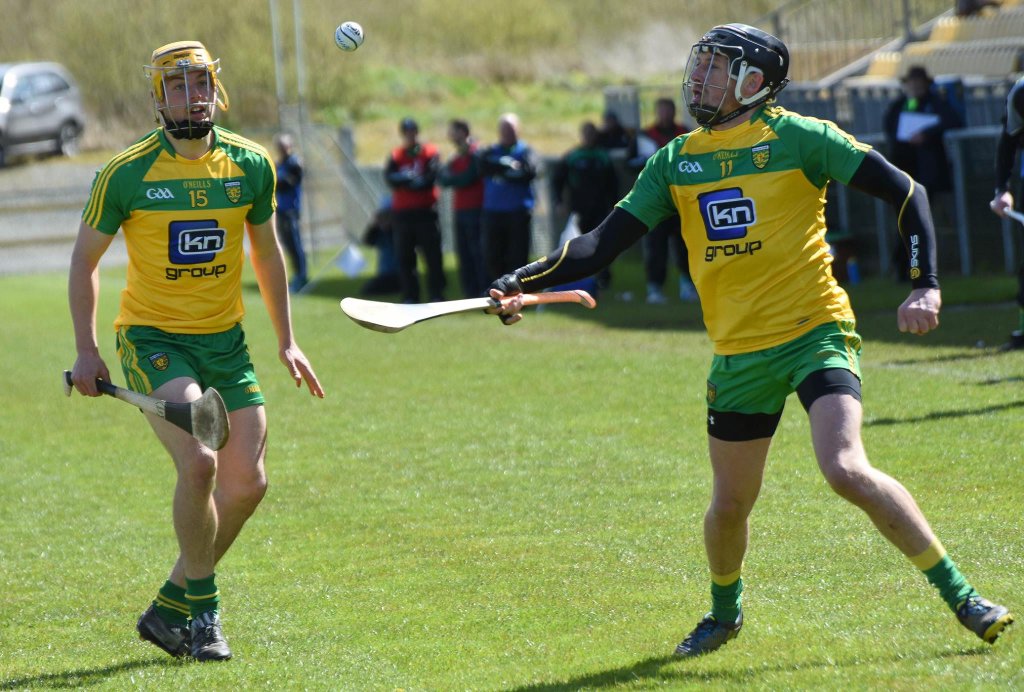 Monaghan, Donegal and Warwickshire off to a flyer in Rackard Cup
By Cóilín Duffy

G1 Louth v Warwickshire, 1pm – Dowdallshill
Warwickshire once again got the better of Louth, with a 3-19 to 1-16 victory in their opening game of the Nicky Rackard Cup at Dowdallshill.

The sides had already met in the Allianz Division 3A Hurling League decider this year, with Warwickshire claiming victory in Trim.

This game was a tight affair in the opening half, with Warwickshire taking a 1-4 to 0-5 lead at the end of the first quarter from Shane Caulfield.

The visitors only trailed twice after this, with Louth battling back well, and taking a 1-7 to 1-5 lead, as David Kettle found the net, with Kettle and Gerard Smyth also adding points.

However, Warwickshire rallied with four unanswered scores, but Louth levelled by the break at 1-9 apiece, with Ronan Byrne and Seaghan Conneely on target.

Louth pushed clear twice early on the restart, but Warwickshire dug in.

Lennon’s goal arrived in the 40th minute, before Down native Magee completed the Warwickshire hat-trick.

Galwayman Paul Hoban also impressed, as Warwickshire outscored the hosts by 3-7 to 0-0 during the middle third of the second half.

The hosts led by 1-13 to 1-6 at half-time, with Eamonn Collins netting their goal, and Joe O’Brien finding the net for Longford.

Declan Coulter fired 13 points, while Davin Flynn was on target with 1-5, as Donegal claimed a 1-26 to 1-12 away win over Tyrone in Killyclougher.

Donegal held the hosts scoreless from the 29th to the 41st minute, in a game where they opened the scoring with Flynn finding the net.

A 15th minute point from Coulter handed Donegal a lead they wouldn’t relinquish, as they built up a 1-10 to 0-7 interval advantage.

However, Donegal finished strongly to take a 14-point win.

“To go away to America and leaving the club high and...