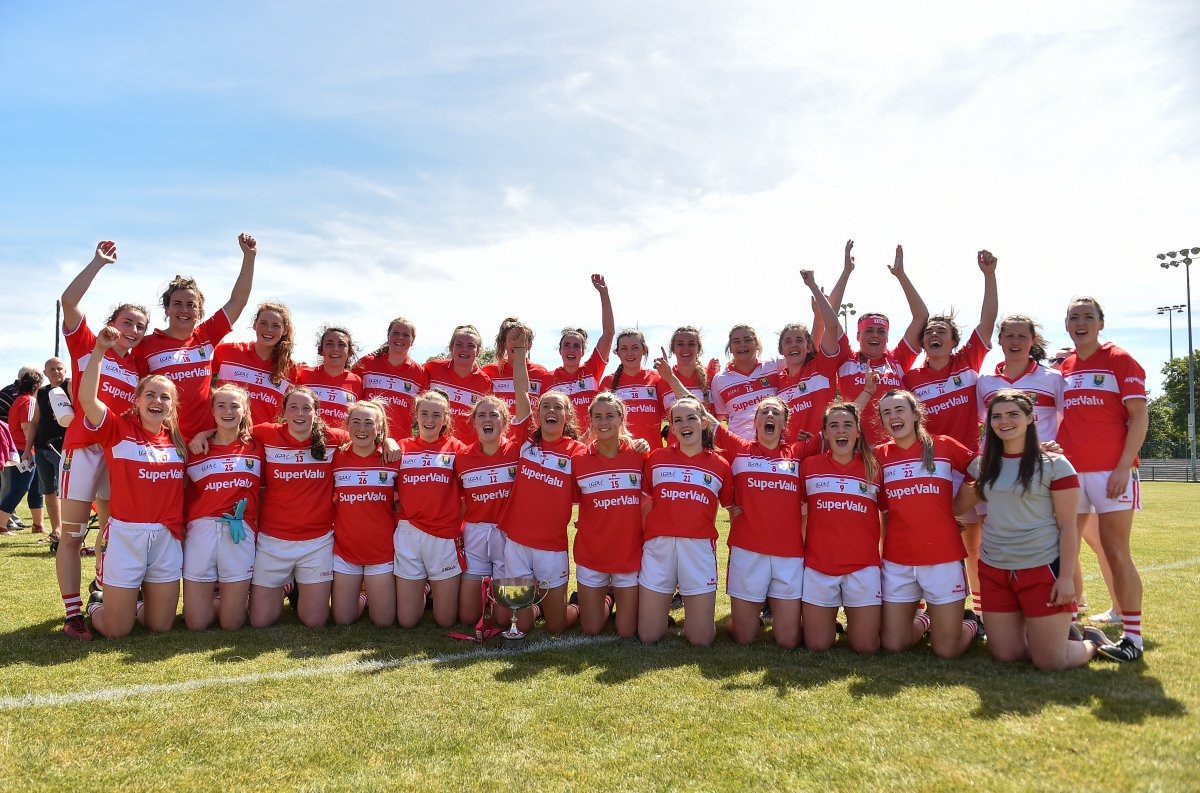 A fantastic 2nd half performance helped Cork regain the Munster title with a 5-13 to 2-10 win over rivals Kerry at Cork IT. Half-time substitute Saoirse Noonan, an Ireland soccer international, scored 2-02 on her inter-county debut after just recently finishing her Leaving Cert to help the Rebelettes overturn a 4 point half-time deficit.

Kerry started off brightly and opened the scoring through Amy Foley after 3 minutes. Cork’s Doireann O’Sullivan then responded with the equaliser a minute later. Cork then took the lead in the 8th minute when Eilis Lynch fouled Ciara O’Sullivan and Hannah Looney slotted home the resulting penalty for the game’s opening goal. Kerry responded very well though and Sarah Houlihan finished to the net to put Kerry 1-04 to 1-01 ahead. Cork drew level then with points from Aisling Hutchings, and Áine O’Sullivan (2).  However Kerry finished the half strongly as a Houlihan free and a great Amy Foley goal gave the Kingdom a 2-06 to 1-05 lead at the break.

Whatever manager Ephie Fitzgerald said at half-time worked as Cork came out a completely different team after the resumption. Captain Ciara O’Sullivan netted an early goal before she was fouled for a penalty which Noonan, who was only on the pitch 5 minutes, coolly slotted past the goalkeeper to give them a 3-06 to 2-06 lead. By the 40th minute the game was only going to finish one way as O’Sullivan netted her 2nd goal and Cork’s 4th with the Leesiders now dominating all over the pitch.

Noonan then kicked over 2 points to put Cork 4-12 to 2-09 in front before the youngster grabbed her 2nd goal to wrap up the game as Kerry were dethroned.

Subs: S Noonan for O Farmer, B O’Sullivan for A O’Sullivan, O Farmer for L Coppinger, A Kelleher for R Phelan, A Barrett for C Collins.

Fermanagh Ladies Football Manager talks players to watch out for and...