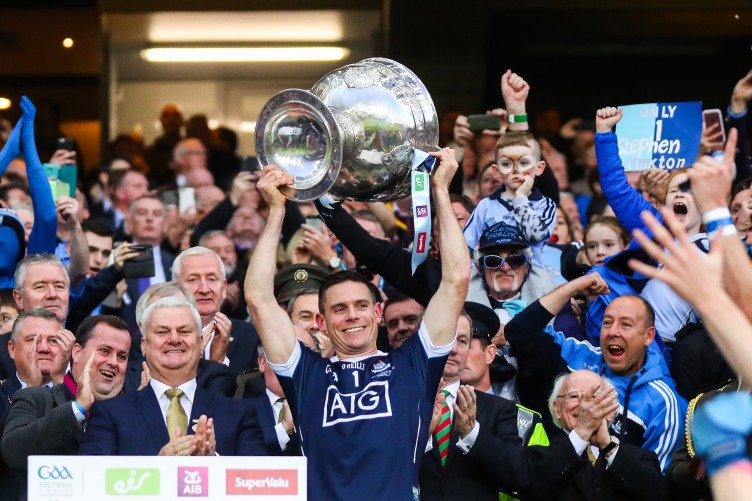 All Is Not Lost – Dubs Go Two Games Without A Win!
By Joel Slattery

Something very rare happened at the weekend – Dublin went on a two-game winless run. Granted, they are still unbeaten but stopping the indestructible force of Gaelic football from winning is a good start for the rest of the country. Sunday’s game was boring for large periods – Donegal had two separate 20-minute scoreless spells and an additional 10-minute dry run. While conditions played a large factor in this, the Ulster side’s refusal to kick the ball made for frustrating viewing.
What we have seen already in this young season is three Ulster teams putting it up to Dublin. The champions had a comfortable win over Cavan (on the scoreboard, at least) in round one, but they were made fight for the victory in that one, as they had to fight to get draws in their two subsequent games.
Ulster teams typically like to stop the flow of their opponents play, and despite trying to be expansive at times, Dublin found it hard to break Donegal or Tyrone down in their last few outings.
This isn’t all that rare in the spring, but problems arise on the hard ground in the summer, if I may use the cliché. Tyrone can hold the Dubs to a draw on a rotten February night, or Donegal sneak a share of the spoils on a near-flooded pitch but on a sunny August Sunday at HQ, that’s when you have to stop Jim Gavin’s men.
To be fair, too, Dublin really should have won this game. Even the most die-hard Donegal fan would have to concede, it was a pretty dubious free awarded to gift them the chance at the tie. Obviously, Michael Murphy still had to show composure to slot the resulting free, but it was a chance they should have never got.
What was impressive for the Ulster side however, is they took the chance when it presented itself. Whether it was a cynical foul, a heavy challenge or, whatever the free was actually given for, it didn’t make Murphy’s kick any easier. It was a super effort to snatch a point for the home side.
And while, it wasn’t the best game we will see all year, Donegal showed that the Dublin armour has one or two chinks. Their two goals in the space of a minute was crucial – particularly in such a low-scoring game.
Confidence wise, while Donegal will have lost little sleep had they lost the match, it was nice to come out with a good result. For the Dubs, they extended the unbeaten run but will look to right the stat that shows them two games without a win.
Mayo are up next for the Dubs – in a repeat of last year’s All-Ireland final. Mayo want revenge, Dublin just want a win.