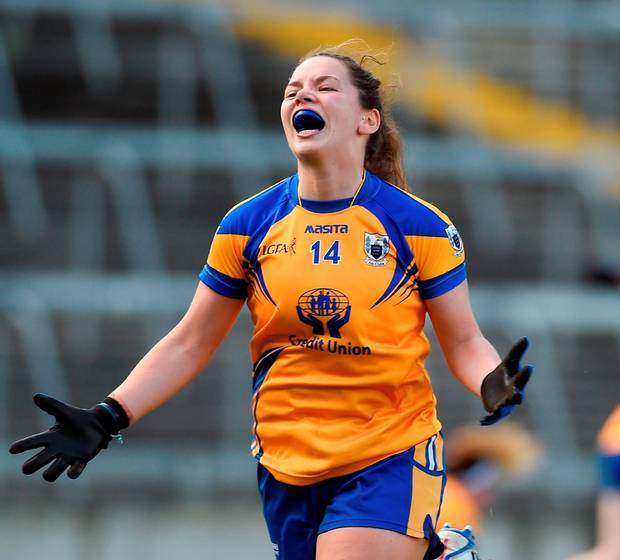 Full-forward Niamh O’Dea hit 2-8 as Clare begin their All-Ireland Intermediate Football Championship campaign with a 2-17 to 1-9 win over Down in Kinnegad.

Clare led 0-5 to 0-3 when Down’s Kyla Trainor was sin-binned in the 18th minute, and made full use of the numerical advantage as O’Dea fired to the net 4 minutes later.
Down were given a lifeline in stoppage-time as Trainor, who had just returned to the field, teed up Jessica Foy for a goal (after earlier hitting the post). This put Clare 1-7 to 1-4 ahead at half-time.

1-4 from Clare after the break, of which 1-3 came from O’Dea, put the banner in complete control as they moved 10 points ahead. The goal came in the 42nd minute when O’Dea intercepted a pass from Down goalkeeper Aisling Burns and fired in to an empty net.

To make matters worse, Down would get another sin-bin before the end as Fidelma Marrinan and Eimear Keane aided O’Dea in sealing an 11 point win for James Murrihy’s side.