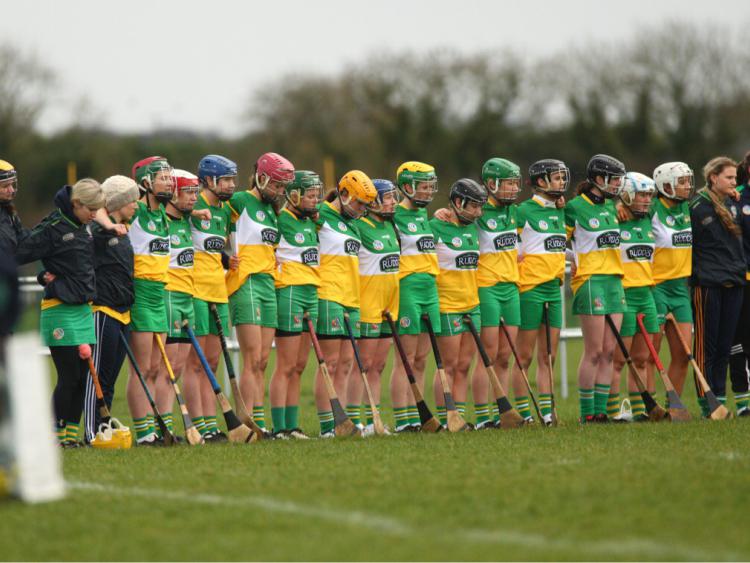 Offaly edged one step closer to a first ever Leinster Senior Camogie title, with a hard earned 1-14 to 2-8 win over Dublin at Parnells GAA Club on Sunday afternoon after a strong second half display.

Siobhan Flannery registered 1-6 for the Faithful County, including a speculative second half goal, as Offaly dug deep for victory, after a bright Dublin start.

A second minute Siobhan Kehoe pointed free opened the scoring, but it was a goal three minutes later from Dublin top-scorer Orla Beagan which kept the hosts sin front for all of the opening half.

The Lucan Sarsfields player finished the game with 2-4, with her one-handed strike for goal coming after great work by Alex Griffin who soloed through the middle, with Leah Butler also impressive.

David Herity’s charges were fully deserving of their 1-5 to 0-5 interval lead, but it could have been more.

On the restart, Offaly fought right back with three unanswered scores, including two from Flannery, with Debbie Flynn also on target.

Dublin took three of the next four points, to ensure a 1-8 to 0-9 score-line after 42 minutes, but Dublin only scored once more – with Beagan netting a 60th minute penalty goal.

Offaly tagged on 1-5 unanswered in an 11-minute spell, on the way to a final date with either Kilkenny or Wexford.