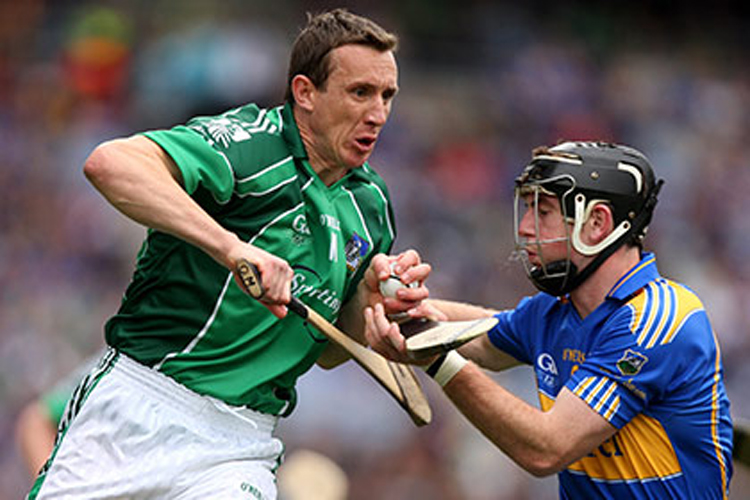 The final whistle of last Sunday’s All Ireland hurling final signaled the end of a frustrating 6 year wait for Tipperary supporters. But make no mistake it, from the evidence of the early exchanges, there was ever only going to be one winner. The men in blue and gold were emphatic winners, worth every one of their 9-point winning margin if not more.

In analysing the match in last week’s column, I identified some of the key battles that would determine the outcome of the game. Tipp triumphed in every department:

As any player will tell you, one of the hardest things to retain over the full course of a championship is form. Everything needs to be right – your condition, your touch, your fitness, your confidence, your ability to think rationally and make telling plays. Generally, on any team that is going well, you’ll have 8 or 9 players who are close to top form. That means that overall team momentum can carry others to a certain point. Last Sunday, I would say that Tipp had about 12 players who were close to or at top form. That was reflected in their clinical finishing, their low error count, their clean handling and striking. Little things that supporters may take for granted, but which requires massive concentration levels and unerring application. They had leaders all over the field. The only negative was their wide count of 8 before the break. If anything, it was Kilkenny that were uncharacteristically off colour – especially in their ball handling. That was as much to do with the huge pressure that was being forced on them by Tipp’s insatiable work rate all over the field. Tipp scored 13 points from play in that first 37 minutes, compared to 6 from Kilkenny. On that basis alone, Tipp were hugely deserving winners. For Kilkenny, only Eoin Murphy could say he played to his ability, although Padraig Walsh, Richie Hogan, TJ Reid and Walter Walsh all battled gamely throughout.

Kilkenny placed Richie Hogan on the 40 with a view to unsettling Ronan Maher. Unfortunately for them, the Thurles Sars man was equal to the challenge. Not only did he dominate the aerial exchanges, but he launched several attacks with pin point deliveries. Also, Tipp’s swarm defending all over the field never allowed Kilkenny play Hogan into the game. That said, he still created the breakthrough for Kevin Kelly’s goal and scored a cracker himself later on in the game.

This was probably the most important reason for Tipp’s success. Their half back line was completely dominant, Brendan Maher dictated midfield, but more critically their Half forward line (Dan McCormack and Bonner Maher especially) stifled the Kilkenny half back line. That cut out the supply lines to the Kilkenny inside forwards who were working off hard earned frees to keep them in the game.

2- 15 from your inside forward line is a phenomenal return from play in an All-Ireland final. While the foundations were laid out the field, it still takes something special to reach those levels of performance. The Kilkenny inside backs were on a hiding to nothing and were exposed by the quality of Tipp’s delivery, but also by the pace, skill and movement of the Tipp inside forwards. On any other day, John McGrath or Bubbles o’ Dwyer would go close to the Man of the Match award, but Seamie Callanan’s 9 points from play (along with 4 placed balls for good measure) is arguably the greatest contribution by one man in an All-Ireland final, certainly in the modern era.

Tipp could afford to bring on 5 subs and call ashore hugely influential players such as Dan McCormack, Seamus Kennedy, Michael Cahill and Noel McGrath.  Jason Forde in particular made some telling contributions, including 2 excellent points at vital stages. All of the subs kept the momentum with Tipp. Kilkenny supporters were unusually critical of Brian Cody’s (lack of) use of their subs after the match. Over 50 minutes had elapsed before Robert Lennon and then Lester Ryan were introduced to the fray. At that point, it could be argued that the damage had been done and Kilkenny were chasing a losing battle. While it can certainly be argued that Kilkenny don’t have the strength in depth of former years, surely the likes of Jackie Tyrell, Johnjo Farrell, John Power could have been introduced to freshen things up, especially when the game was still in the melting pot with 20 minutes to go if not sooner.

Tipp can rightly celebrate their great achievement, not forgetting their minors’ victory also. They proved, when the need was greatest, that were the best hurling team in the country in 2016. Many believe that this defeat may signal the end of Kilkenny’s era of domination. How often have we heard that before?!! While they certainly aren’t the force they once were, they will come back from this defeat as hungry as ever. Roll on 2017!!