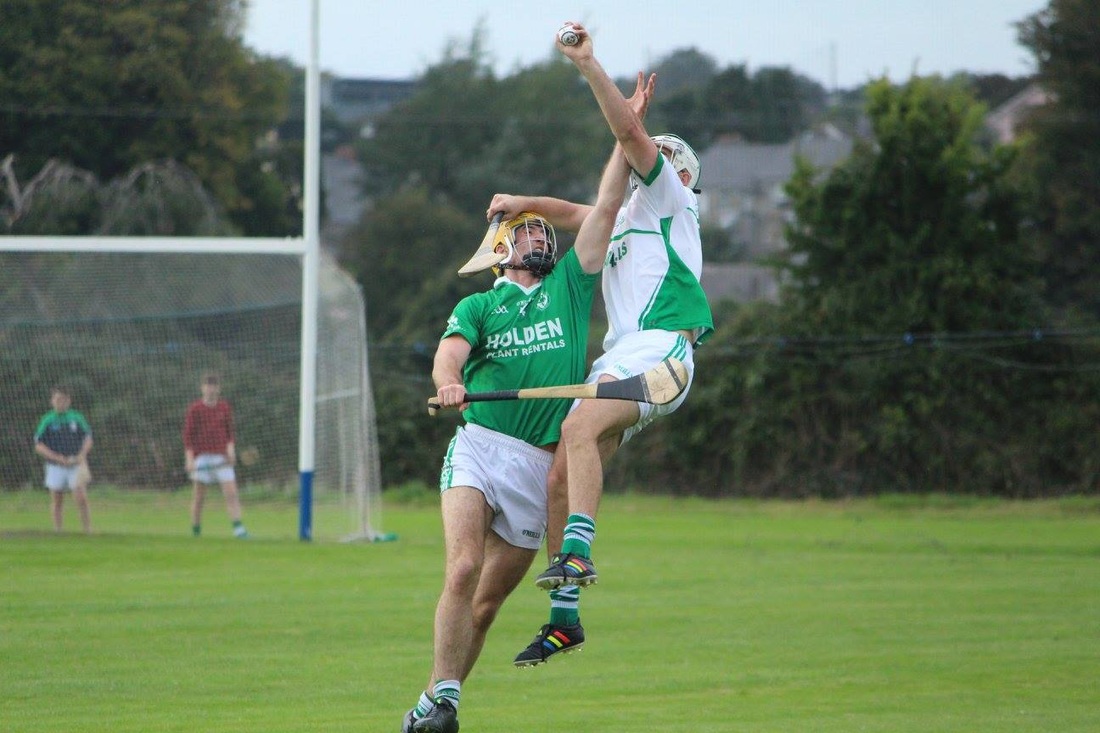 This weekend’s most anticipated club final is undoubtedly the Kilkenny Senior hurling final and here at Sportstalk we preview the game and who we think will take the title home.
Kilkenny SHC Final
Ballyhale Shamrocks v O’Loughlin Gaels
Ballyhale Shamrocks arrive into Sundays final as heavy favourites over their city counterparts. As well as being crowned league champions this season, the southern Kilkenny club have seen their minor team win the county final last weekend, proving that there seems to be no stopping to the endless conveyor belt of talent that the relatively small parish produces. Every hurling enthusiast knows the rich abundance of senior inter county stars that Ballyhale possess, mix those names with promising youngsters and it’s hard to see any team in the country stopping them when everything clicks. Tj Reid, Joey Holden and to a lesser extent Colin Fennelly, will not be satisfied with their respective intercounty performances this season, a fact that usually adds extra incentive for a push at a club title in any team. A comprehensive quarter final win over Mullinavat, scoring 3 goals in the process, was followed by a narrow victory over last year’s winners Clara.

The fact they only moved apart from Clara in the last 10 minutes shows that although Ballyhale look an insurmountable task, nothing ever comes easy in Kilkenny club hurling. With all their Inter county talent on show, even without the injured Michael Fennelly, it’s easy to forget that a certain Henry Shefflin is still plying his trade with all the guile and class that decorated his Kilkenny career. Playing in a midfield role, Shefflin has shown that even if the power and fitness is not where it once was, that incredible hurling brain is showing no signs of decline.
On paper at least it’s easy to think that this weekend’s decider will be one way traffic, however, one way Kilkenny county finals are as frequent as those god forsaken plastic hurls these days and O’Loughlin Gaels will not fear their opponents. Without any standout names it really is all about the team ethic for the town club. while Brian Hogan and Martin Comerford have long since left the Intercounty scene, both have shown no signs of letting any of their skills slide since leaving the county panel. Their foundation for victory so far this season has been built on their imperious defence.

No goals conceded in their quarter or semi-finals is an impressive statistic and with inspiring performances from full back Andy Kearns, Hogan and his half back partner Paddy Deegan, Shamrocks will have to work extra hard to get anything from the counties most miserly defence. Up front the ageless Comerford continues his solid displays always proving not only a constant scoring nuisance, but also a decisive playmaker providing chances for teammates like the in form Mark Kelly and Mark Bergin. These 3 are the main scoring threats for O’Loughlins and much of their chances will depend on whether they are on song this weekend.
Favourites with the bookmakers never decided any contest but it does usually point to what most of the evidence tells us. The way Ballyhale have glided toward this double without ever really hitting top gear is almost frightening, their experience and shear quality throughout the team means that they are indeed worthy favourites. O’Loughlin Gaels don’t need any further motivation for Sunday, but they fact that many have written them off will leave a sour taste for the 2010 champions.

This final is always one of the biggest in the club final calendars and many Kilkenny teams take as much, if not more, satisfaction in winning it rather than a push at the All-Ireland club title. The fact it’s been 6 years since Gaels last won the Tom Walsh cup could lead to a greater hunger from the city side and it may be their greatest asset. If the weather is as bleak as it usual is this time of year, Ballyhale’s marginally superior “Stick men” may not get the conditions which suit their favoured playing style.

It has to be noted though that on any given day Shamrocks can beat anyone but this team are not as good as teams in recent years. Since Ballyhale won the All-Ireland Club final two years ago, they have made 9 personnel changes from that starting team. They have lost Cha Fitzpatrick, Alan Cuddihy, Conor Walsh to name a few, including the loss of Michael Fennelly, who Kilkenny could not cope without. O Loughlin’s will have the hunger after losing last year’s decider, they responded well from that defeat by winning the U21 County final last December. This will be a very tight game, we expect the city side to upset the bookies odds and win by a point or two.

Tomorrow we will have a look at the key battles for Sunday’s game and some key stats on both teams.

Is Cody about to work the oracle once more?