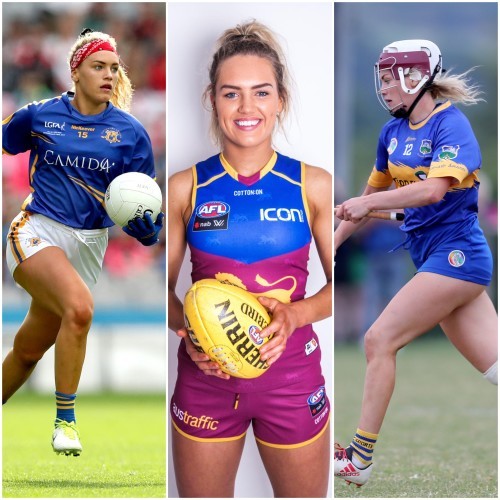 Tipperary dual player Orla O’Dwyer spoke about life in Brisbane and how playing AFLW is completely different from the GAA back home in Ireland.

O’Dwyer made her AFLW debut for the Brisbane Loin’s in the round 1 game against Adelaide on 8 February 2020.

Although she was born in Sydney and hold Australian citizenship as a result, that was one of many adjustments she had to make when she set out on her big adventure to “the Land Down under”.

O’Dwyer signed for the lions after working with CrossCoders-the agency that has brought numerous Irish athletes to the AFLW- having made the decision by deferring her second year at college and decided to leave home, O’Dwyer was taking a massive step into the unknown.

Now in her second season with the Brisbane Loin’s and speaking to Aishling O’Reilly on the latest edition of PlayOn Live the Tipperary native spoke about how the AFLW is completely different to the LGFA, and Camogie season in Ireland where it was before you would be travelling on a bus to a match or hopping into your car to drive down the road to training.

Her life now sees her going on plane’s and travelling to different parts of Oz for fixtures and with the season been not as long as it is with the GAA association her training schedule has her away most of the time.

O’Dwyer said: “Ya it been so different, we had three away games in a row so coming back after those flights you’re a bit more tired and fatigued. So, just to recover from them during the week is so important and we also had a home last weekend. We knew going into this season it was going to be chops and changes with Covid and restrictions so I think the team who are more flexible will get over the line in the end”.

You can listen to Orla’s interview on the Sports Talk Instagram page sports talk.ie

If I Didn’t Box, I would Love to Play County

Shane Curran Exclusive: “One or Two Teams have crossed the boundary...