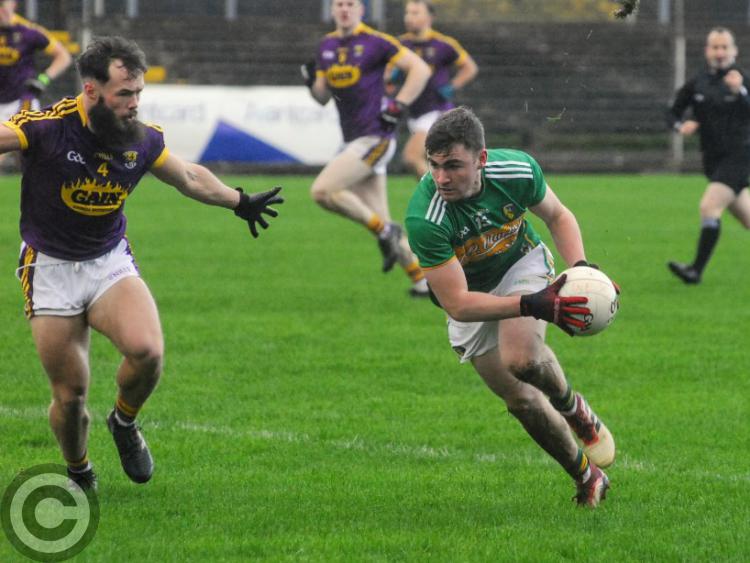 Ryan O’ Rourke was the star of the show for Leitrim with a personal tally of 2-7 as the Connacht outfit happily sit on top of Division 4 tonight. It was a Magnificent display by both teams with only the bare minimum separating the side at the half time interval with Wexford leading by 0-7 points to 0-6. For Wexford, Jonathan Bealin gave a great display scoring a personal tally of 0-8 points.

Whatever was in that half time cup of team and what transpired in the next thirty-five minutes was worthy of winning any match, and of course the thought of possible league champions. In the space of five minutes from the re start Leitrim had turned a one-point deficit into a six point lead, firstly with a O’ Rourke point then moments later they had the ball in the back of the net for the first goal from the penalty spot, but that didn’t stop O’ Rourke’s scoring spree as within seconds of the kick out he had the ball in the net again.

The score of the game came from Darragh Rooney as he finished a splitting move to the back of the net to put the game beyond doubt and out of Wexford’s reach.

Man, of the match was Ryan O’ Rourke as he gave a masterclass display out on the pitch and a personal tally of 2-7 in any game is very impressive.

Player resilience. Do they make them like they used to?