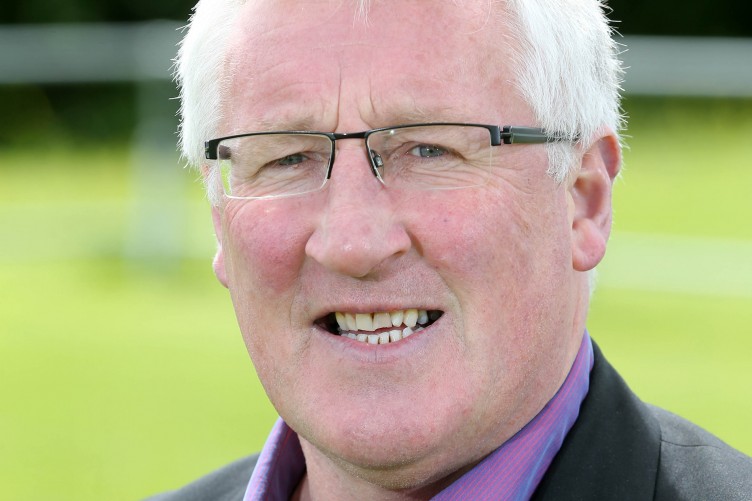 Last Saturday’s GAA congress was a hodgepodge of half-baked ideas, rousing rhetoric, brash conservatism and blatant money grabbing, but amidst the perplexing elitism of the Super 8 proposal, there was at least one cogent proposal: the idea to move the All-Ireland finals back to August. The idea was to free up time for club action in September and, considering the strain that club players are under, seemed a highly reasonable idea. However, it did meet with the opposition of one high profile detractor.

Never a man to keep his opinions to himself, everyone’s favourite cantankerous Kerryman Pat came on Sunday Sport last Sunday to strongly oppose the move. He said “I think it’s absolutely and ridiculous and stupid. We’re taking our main product – inter-county football – out of the shop window for five months, which gives a clear run to the other rivals sporting organisations, rugby and soccer. At the moment, rugby is pretty much all year around. It’s sexy, it’s in, it’s hot. It’s what the youngsters want to play, it’s drawing huge crowds. What drives a sport is the top teams, top players. Youngsters want to emulate them as role models. I think we’re cutting off our nose to spite our face by taking the game out of the shop window for five months. I think we need more, rather than less. But I think if you bring all the stakeholders together, from club to county board, to county managers, to provincial, to central council, I think you could have a fixture, that both could go hand in hand.”

Well, where do you start with this? Ok, let’s begin with the most blatant and obvious one. The fact of the matter is Rugby and Soccer are always going to be bigger than the GAA. And the reason that those sports ARE bigger is that they are 2 professional games that are played across the world. Hurling and Gaelic football meanwhile, are amateur games exclusive to this country. Some might say that’s one of the reasons that makes them great. There’s no such thing as a player being paid 500,000 pounds to go to a team he’s never heard of in China. There’s no blow ins from different countries who can change their allegiance at the drop of the hat. Players play for their county because they love it and the game and they want to play for them. Everything else is secondary.

In Rugby and Soccer there is a defined club and international scene. Teams play with their clubs for a while, then every few months, link up with their country again. The reason that they can do that is because they are professional players contracted to their teams and they know their schedule months/years in advance. That makes a massive change from the GAA club scene where players can go months without a game and then play almost their entire season in a month.

Just say you are a prospective teenager/20 year old who is thinking of playing GAA next year. Now, given all things being equal and your enthusiasm for each sport is the same, is your decision most likely going to be based on the fact that A)if you play Rugby or Soccer you will KNOW when your fixtures are going to be for the next season: B) If you become really good at Rugby or Soccer there’s a chance to secure a professional contract: or C)There are 2 big GAA games in September that dissuade you from watching Rugby or Soccer on those days. Now maybe Pat’s theory is that C) has a major part to play in a players decision. But, to my eyes at least, A and B are much more pertinent concerns.

Sure, Rugby is “hot” and “sexy” at the moment (I don’t know about you, but I’m distinctly uneasy about Pat Spillane using those words) That’s because the 6 nations, the biggest international rugby tournament in Europe, is taking place now, and will be for the next month. But come June, July and August (and for this year at least, September) the GAA will be in vogue again. That’s what happens when you have different seasons for games. The whole argument smacks of an NBA chief in the US getting upset because the NFL is getting all the coverage come Superbowl time. Or a rugby/Soccer chief complaining about the GAA getting all the attention come August/September. But considering they’re not as desperately insecure as Pat, I doubt we would see that happening.

The idea not to play games in September is not based on the idea that the GAA don’t want coverage during those months. It’s based on the fact that club players need to play their games at that time. All around the country clubs are hemorrhaging members due to the lack of regular game time available to them. Every effort must be done to keep those members playing. Without a defined schedule, we will continue to lose people. Would Pat be happy to see thousands of players across the country idle for a whole month just so that 60 can play in front of a large television audience in September? Sure, we need high profile games to attract people at the grass roots. But, without the grass roots playing, the top tier doesn’t exist.

If Pat is so concerned about how much the games are marketed, maybe we should suggest making inter-county GAA professional and let the players truly compete with Soccer and Rugby by playing every week 9 months of the year. Needless to say, if we did that Pat would find another reason to complain. Something along the lines of “the game having lost its soul” and “selling out”.

The one line of lucidity in Pat’s little rant was the last one where he suggested if we get all the stakeholders together they could arrange the season better. Well, that’s exactly the nub of the issue. If say, the GAA, GPA and CPA came together, and had a discussion about what the fixture schedule could be, then we would maybe have some consensus on the issue. Instead, what has happened is that the GAA have gone over and above the other organizations by altering the fixtures in a way the players don’t want. So rather than singing from the same hymn sheet, we are now on the brink of all out revolt.

Now, it’s important to clarify that, when you consider all vested interests, there isn’t an easy solution to this. I understand the difficulty the GAA has, but it’s not going to attract more players to play the games if it continues to blindly ignore their grievances. However, at the very least ,the decision to take the All-Ireland finals out of September, no matter what Pat says, is right. It’s not about getting a big television audience for 2 games in 1 month. It’s about getting a massive playing base for the sports for the whole year. The GAA will survive without showing All-Ireland’s in September. But it won’t survive without letting its players play.