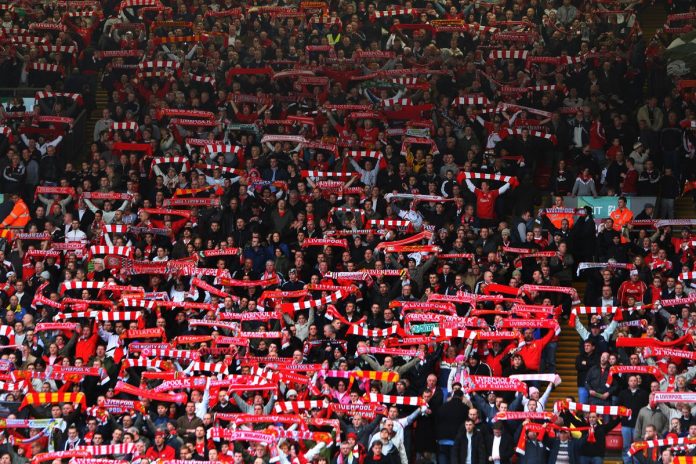 When Liverpool booked their place in the Champions League Final my friend Sarah was quick to text and suggest we go to Paris. We passed on a trip to the French capital but decided we’d head to Liverpool for the weekend.
Our route was boat and train to Liverpool and back via Birmingham Airport. Accommodation was tricky to get but with the help of St. Anthony, we found an apartment in Liverpool. We booked a tour of Anfield for Sunday, and began counting down the days. A victory parade was announced by Liverpool City Council for both the men’s and women’s teams. Of course our train back to Birmingham was at half 5 so we weren’t going to see our heroes and heroines.
When we reached Dublin Port at 6.30am Saturday morning we realised that a lot of people had the same idea as us. The train journey to Chester was memorable; Chester Races was on that day and the lack of fashion on show was something else. We met two ladies heading back home to Shrewsbury and enjoyed the chat with them; Boris, the Monarchy, John Bishop, Derry Girls and Liverpool were all talked about and we all had the same opinion on everything.
That day in Liverpool was incredible. When we got out of Central Station we were met by a ‘sea of red’ and the atmosphere was building. After a quick trip to the apartment, we tried to head back into the city. Waiting outside St. Patrick’s Catholic Church we called on the Irish Saint to help us find a way in and low and behold a taxi appeared. I now owe him and St. Anthony copious amounts of money.
Back into the city and the experience was something else. Food was eaten and we managed to find a place in Nelly Foley’s to watch the game. My friend and her son were over so we caught up with them. Of course we met lots from Ireland in the pub; we were asked to buy club lotto tickets and sign up for bingo, look out for Junior players for a club in Offaly and of course chatted about the state of Laois and Longford football. Then the countdown to the game started. ‘You’ll never walk alone’ was sung – I didn’t reach the same emotions I felt at the Rangers game in Celtic Park in February – but this version was very good.
I won’t talk about the game because it has been talked about in depth, and the way the supporters were treated. I enjoy banter with other supporters and even have friends that support Rangers but was disappointed with some ‘friends’ in how their hatred of Liverpool blinkered their views on what happened Liverpool supporters in Paris (Real supporters also got subjected to terrible treatment too).
The next day we did the tour of Anfield and spent too much money in the club shop. I’ve a mother, brother, auntie, two nephews, a godson (and his siblings) all Liverpool supporters so souvenirs had to be bought. We found out afterwards that the people carrier that we saw outside the ground had brought Jurgen Klopp and Jordan Henderson to the ground to place a wreath at the Heysel Memorial. Trust us women to be shopping at the same time.
Back into the city and we watched some of the Connacht Final – you can take the women out of Ireland……We tried to catch a glimpse of the parade but thought we’d miss our train. Ended up getting a text at 5.15pm that the flight was estimated to leave one hour later. Typical!
By the time we got to Birmingham New Street the flight was delayed nearly three hours and in the space of 10 seconds it changed to 1.10am – nearly four hours delayed. We have to thank the two lads from Drogheda and the other two from Cavan for the craic we had in the airport. I even had a sing-song with one of the lads who was “more of a Celtic fan”. We had a great laugh tracking the flight into Birmingham and worrying it was going to land in Páirc na hEireann instead of the runway.
We finally got back into Dublin Airport three and a half hours after our scheduled arrival time. We were tired, disappointed with the result, but delighted to have made memories. We are now planning our next trip, until then our next night out is Longford Town v Bray Wanderers.