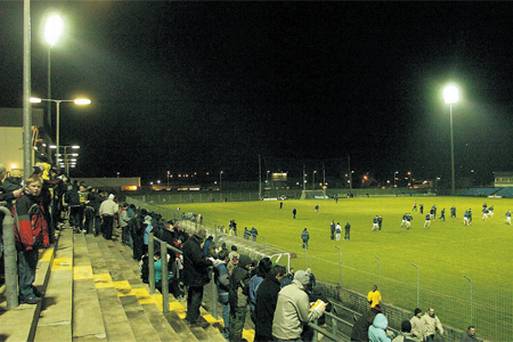 Should We Play More Games At Smaller Venues?
By Joel Slattery

One of the stand out features of Saturday night’s Kerry-Dublin clash was the electric atmosphere in Tralee. Austin Stack Park was packed to the rafters for the clash that would have had lots of empty seats had it been played in Croke Park.
This begs the question: Should more big games be played in smaller venues?
This weekend will see Limerick face Galway in Division 1B of the National Hurling League. There could be in or around 4 or 5,000 people at the Gaelic Grounds for the game. Yet, the Ennis Road venue hold close to 50,000 – meaning that the dead-rubber game will be also devoid of atmosphere.
Now, obviously, teams want to use their county grounds for these games, especially when home games are few and far between but if played at a smaller venue, Limerick v Galway could have a bit of atmosphere and add to the overall occasion.
Like in Tralee on Saturday, the tight pitch with the crowd upon top of the players added to the excitement of the game. We may not have even had the flashpoints had there been no atmosphere!
Sunday after Sunday on TG4 we are treated to a feast of hurling or football played in front of thousands of empty chairs. Getting people to go to games has long been an issue but the fact that teams have stadia much too big is also a problem.
There was a decent crowd in Castlebar for the Mayo v Cavan game that was televised live. However, there were lots of empty seats which look bad on the TV. You see the empty seats and think ‘if people from Mayo aren’t even going to this, why bother watch it?’ If you switched channel to Sky Sports you would have seen a Premier League tie at an more or less sold out ground.
Obviously, population plays a role, Man Utd have a bigger catchment area that Longford for supporters, but the hoards of empty seats is a bad look.
In many cases, the grounds are nonsensically big.
For example, Cavan has a population of 76,000 yet Kingspan Breffni Park holds 32,000.
I know football is extremely popular in Cavan, but it would take one hell of an occasion to get over 40 percent of the counties population to go a game.
While obviously, it’s great for Cavan to have a ground that can host an Ulster final, but you have to wonder, why have such a big ground?
It’s the same in Munster: Thurles, Limerick, Killarney and Cork after the re-development will all have huge capacities with only nine Munster Senior Championship games to go around in both codes.
Last Saturday’s league game showed how much a packed house in a smaller venue can add to a game. It’s something the GAA should try to do a bit more often.

Waterford need to have a rethink – David Herity on this...