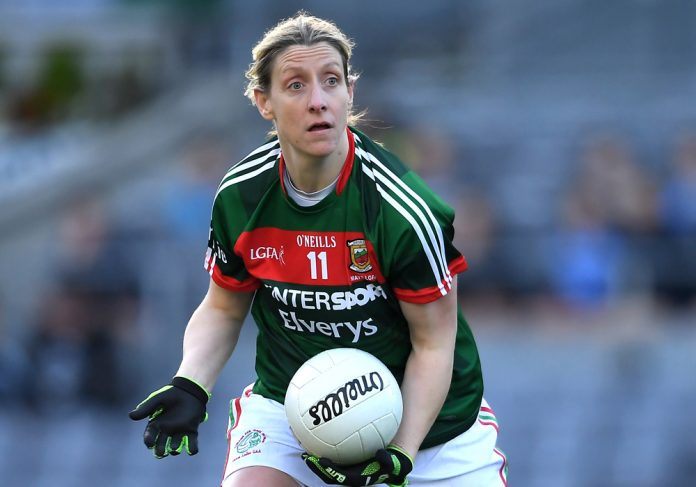 This week’s live episode of Play On with Aisling O’Reilly featured one of the greatest players to ever play Ladies Gaelic Football Cora Staunton.

Staunton’s distinguished playing career in the Green and Red for Mayo spans back to over two decades the year 1995 at just 13 years of age making her debut for the Mayo senior ladies’ football team.

During her elusive 23-year career at inter-county the Carnachon native has four All-Ireland titles, three Nation Football League titles, and most importantly holds a joint record of All-Stars equalling the number that former Kerry player Mary J. Curran had set at 11 in 1993.

After calling time at her inter-county career Staunton will go down as one of the most prolific players to ever play the beautiful game, a role model for all aspiring playing who one day will get the chance to follow in her footsteps.

Now living in Australia and playing AFL with Greater Western Sydney, Stanton recalls that before she had left Mayo to go to Australia, she was totally committed to her club back home as they were playing club championship at the time and didn’t fully leave for Australia the day after her club won the All-Ireland Championship.

One key thing taken from this live episode was that Staunton noted that while times are tough the power of technology has come along way and that we can video call our loved one’s even if we are very far away.

How red card miss made Kamara a household name