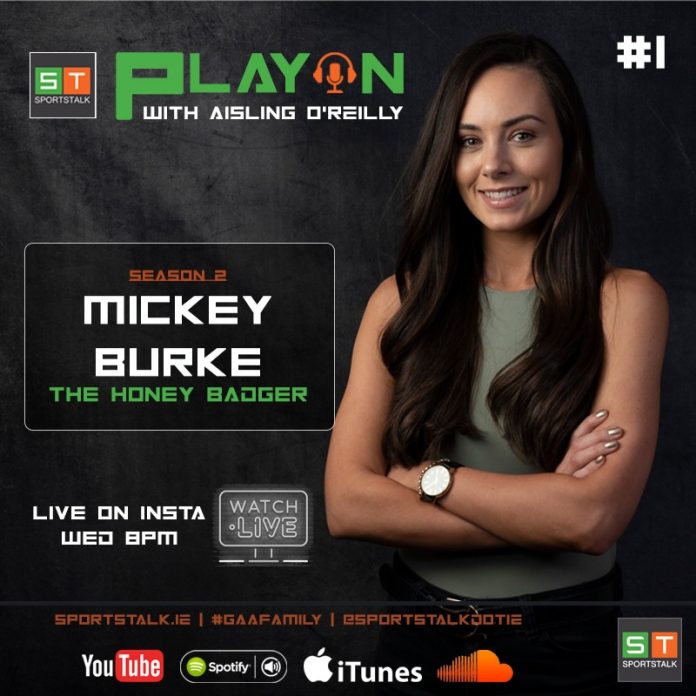 This new series of PlayOn is coming to you live on Instagram every Wednesday night from 8 pm featured current Meath footballer Mickey Burke.

While our beloved sport is currently at a halt at the moment and people like myself can’t wait to get back out and play the game that we love, whether it be a supporter for your club or county, coach, manager, player and referee one thing is for sure is that while the road ahead seems so far away as the wait continues for the return of Gaelic Games there will always be light at the end of the tunnel.

Mickey made a valid number of key points with one being that he wasn’t afraid to try new things after not been part of the Meath team for the 2020 season he got involved with the Meath hurling management team. “The Hurlers approached me last year that is when I got suck into that Aisling and said I was going to give them everything, and I really enjoyed it the year 2020 with the hurlers it was something different.

A key point that Burke made when asked about who was his toughest opponent to mark, he had nothing but the highest respect and admiration for Mayo player Andy Moran.

Burke noted that while Andy was a very tough player to mark and that he was constantly on the move all the time it was the way that Andy spoke to his fellow teammate’s on the pitch giving them advice, always positivity communicating with them was a real stand out for Burke.