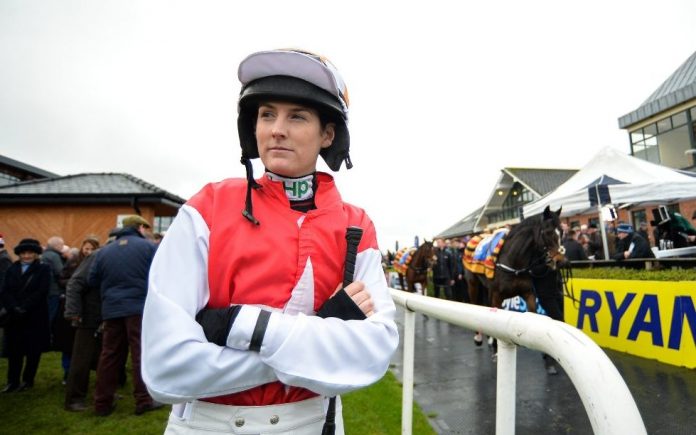 Rachel is currently in preparation for the Cheltenham races in 2 weeks -time. In this episode, the Tipperary jockey spoke about how it started for her, having not come from a racing family, how she never believed she could make it as a jockey, the bond she shares with Honeysuckle and how she hopes she will go well again this year.

Blackmore rode her first winner as an amateur jockey on February 10th, 2011. She turned professional in March 2015 and rode her first professional winner in September that year.  Her first Cheltenham Festival winner came in 2019 and she gained her first Grade 1 race victory in Ireland in April of that year, finishing the season with 90 winners and taking the runner-up spot in the Irish jump racing champion jockey competition behind Paul Townend for the 2018-19 season.

Rachel finished third in the curtailed 2019-20 season. Looking back on her racing career as a professional jockey Rachel recalls on the PlayOn live where it all began for her having not come from a racing family.

Having grown up on a farm at a young age Blackmore has always been surrounded by horses and ponies and having taken part in a few competitions. She recalls that after she finished college there was the decision to make to find a job as her career as a jockey at the time was only armature at the time “It was just when I finished college I was kind of at a crossroads then where you know to get a real job or you know my racing career wasn’t a career you know I was just of tipping away, the yard that I was involved with John Hanlen in Carlow he suggested that I turned professional he said that he would support me he had a yard of horses there to help change over and I took that plunge and haven’t looked back”.

The support she received from John gave her the belief to turn professional as she never imagined that she would never make it as a professional jockey. “It was never something I never envisioned that I would be able to make a career as being a jockey, you know I always want to ride like one day ride somewhere like Cheltenham you know but I never envisioned I be doing what I am doing “.

Rachel also noted the special bond that she shares with Honeysuckle the horse are jockey duo are the dream team as every race Blackmore has been involved with when riding Honeysuckle they are yet to lose a race together making the duo the perfect dream team.

Elliott pleased with form ahead of Cheltenham Festival