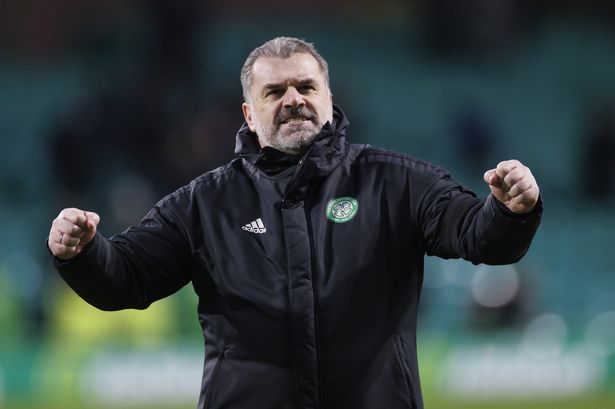 Celtic manager Ange Postecoglou has admitted there was no point risking Kyogo against Rangers. Postecoglou had faith in his team ahead of the Glasgow derby.
Celtic won 2-1 to extend their lead at the top of the SPL to six points. Kyogo had been out injured with a hamstring problem since Boxing Day. Despite being back training and fit, the Japanese star didn’t even make the bench for the Ibrox clash.
The Celtic boss hinted that Kyogo could make his return Saturday against St. Johnstone at Celtic Park. Speaking on BBC Sportsround Postecolgou said: “Yes he’ll be fine (to face St Johnstone). He was desperate to play today but when I look at our run-in we’ve got some massive games. He’s such an important player for us and I thought today we could handle it without him. To be fair he tried everything. Everywhere I turned he popped up in front of me to make sure I knew he was ready to go.
“I couldn’t walk around Lennoxtown without seeing him! But we’ll keep him on ice. He’s ready to go, he’ll be fine and he’ll be involved next week.”
Goals from Tom Rogic and Cameron Carter-Vickers saw Celtic come from behind to defeat Rangers. With Rangers not playing until Sunday the Bhoys can go nine points clear at the top on Saturday with victory over the Perth side.

The Sportstalk BPL team of the Season So Far