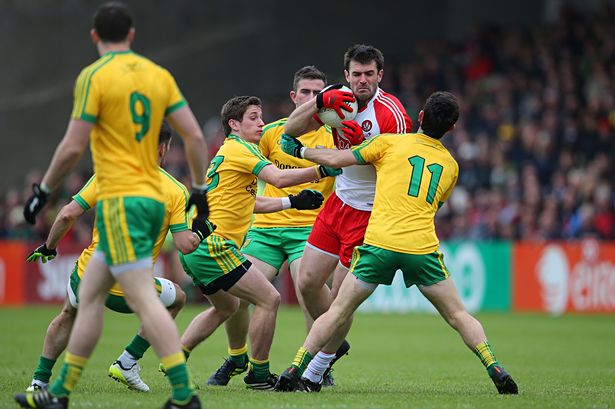 This weekend marks the start of the GAA season and with no intercounty action since October the McGrath cup, O’Byrne cup, McKenna cup and the FBD Connaught league are very welcome back.

These competitions are not what they used to be of course, now university teams enter them as well and can boast quite a range of talent, the ‘big players’ who aren’t at third level rarely play and if they do it’s because they’re in need of game time due to an injury last season or with the club over winter.  Growing up in Ulster the McKenna cup only had county teams.  Three groups of three good Ulster football played on bad surfaces but the want to win was there.  In 2003 Monaghan bet Tyrone to win the McKenna cup, the first time we had won something since 1988.  I remember the joy on Damien Freeman’s face when he showed me the trophy the following week.

Now, however, the emphasis has gone, the McKenna cup like its equals in the other provinces is nothing more than a box that needs to be ticked.  It’s a pity really because pre backdoor, when we had knockout football you had to work for your place in the McKenna cup, now you just fill in.

The one plus is that Gaelic football, thank God, is back and we get to see some new players on county panels and some emerging stars at the respective universities but the only county that probably sets out to win the McKenna cup is Tyrone as it was the last competition the late Cormac McAnalen played in (RIP).

In Leinster the battle was intriguing in the 00s as Dublin and DCU did joseled for supremecy and when DCU with their teams of stars did win two O’Byrne cups it showed the strength of their resources, the proof of this came in their Sigerson victories.  To this day, they are still the only university team to win one of these preseason competitions.

Leitrim’s back to back FBD Connaught leagues a couple of years ago was thought to be a sign of Emlyn Mulligan getting a big day out in the provincial final in July, that, unfortunately was only a dream and in Munster the McGrath cup is really just a good warm up for Kerry and UCC.

Like it or not, football is back and that is something we can all agree we missed!

Christy Ring Review: Down overcome a much improved Roscommon side

League Predictions week 2: Davy to triumph in battle of the...