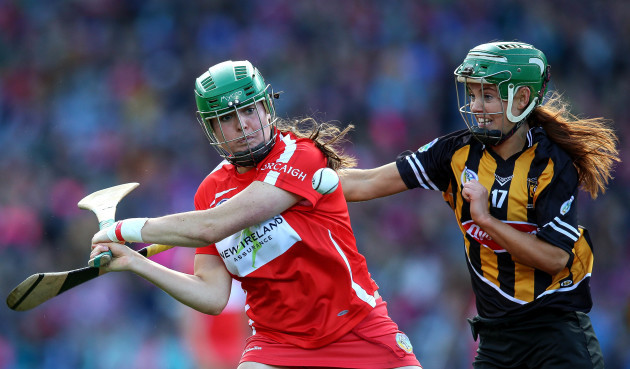 This Sunday in Nowlan Park Kilkenny, the rebels are in town for a high stakes showdown with old foes Kilkenny. These two sides have been living in each others nightmares for the last couple of seasons with Kilkenny taking All Ireland Glory in 2016 and the league title in 2017. Cork won the big one last September to reclaim All Ireland honours and assert themselves as rightful Camogie Queens adding to their twenty six titles previously won. The confidence of that victory will be a plus for Cork going into Sunday’s final.

Sportstalk will be at the final on Sunday providing Live tweets and match reaction but the question being asked within our whatsapp groups is “Is all the pressure on Kilkenny??”

The announcement of the double header on Sunday to tie in with the mens final would have brought much excitement and delight to the GAA world and especially Camogie fans. However once that excitment eases a little, Kilkenny are left with the realisation that they will be running out on home turf and thousands more Kilkenny supporters than normal watching, with the added pressure of trying to overturn a narrow defeat to Cork last season. It may be a nit pick but look at Cork they will enter Sunday’s battle as the away team and sometimes in the lead up to big games that can help focus the mind, sharpen the entusiasm and absorb you from all build up hype.

Looking back to last season Kilkenny drew with Clare in a double bill game early in the Championship, Ann Downey will no doubt be reminding her side of that game as an extra motivation tablet.

Sunday’s game is an interesting encounter and another installment in this recent dual, last season’s All Ireland gripped the nation, don’t miss out on another gripping encounter.

This Sunday’s League final throws in at 1:30pm.

Murray shoots the Meath’s lights out as Wexford claim Division 3...