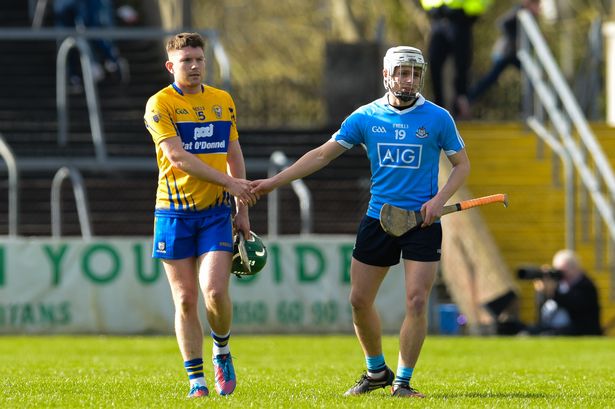 This will be a close and nervy encounter when the sides lock horns for the second time this year in the league. The first meeting ended up been a victory for Kerry in Tralee. Kerry were all set to avoid this relegation/play-off game but they couldn’t make home advantage count against Offaly last weekend. The two point loss to Offaly last weekend meant that they will have to travel to Portlaoise, where the home side will be fairly confident of getting the win based on their performance against Wexford last weekend, where they lost out narrowly. As already stated Kerry won the previous encounter between the sides in Tralee, they were four point winners.

Kerry also beat Laois last year twice in the league in Division 1B, defeating them by 1-24 to 3-14 in the group game and defeating them by 2-27 to 1-19 in the relegation play-off, so the Kingdom won’t fear Laois coming into this. Kerry have some excellent hurlers and will look to Padraig and Mikey Boyle, Shane Nolan and John Griffin for leadership, while for Laois Charles Dwyer, Stephen Maher, Ross King and Paddy Purcell will all be key players. Laois are priced at 8/15, while Kerry are 15/8 for the win. I think after last week’s performance against Wexford, Laois have the edge. Verdict: Laois by 4

It has been only 3 weeks since these counties last met and on that occasion little separated the sides. Clare will be looking at avoiding the drop back to Division 1B after one season in the top flight, while for Dublin the last time they were relegated was in 2012, when they lost out to Galway. Clare will be coming into the game on the back of a good win over Waterford last weekend, while Dublin got hammered by Kilkenny last weekend, so Dublin will want a massive improvement to get a win here. Clare will look again to Tony Kelly, John Conlon, and Podge Collins for leadership in attack, while in defence Seadna Morey, Cian Dillion and Brendan Bugler will look to command their positions.

Dublin come into this game on the back of a defeat to Kilkenny last Sunday and will want to make up for that loss with a win in Ennis. Dublin will look to Chris Crummy and Liam Rushe in defence, while Eoghan O’Donnell who was one of the best defenders at U-21 defenders last year has taken to his rle like a duck to water. In attack Donal Burke at the tender age of 19 is having a good league at full forward, while Ryan O’Dwyer has also been playing well. It is expected the Cuala contingent will be back for this game so David Treacy, Mark Schutte and Cian O’Callaghan could all be in line to start. I think Clare with home advantage will just about get over the line here.
Verdict: Clare by 3

Football and hurling results 22nd Nov 2020 as Cavan and Tipperary...