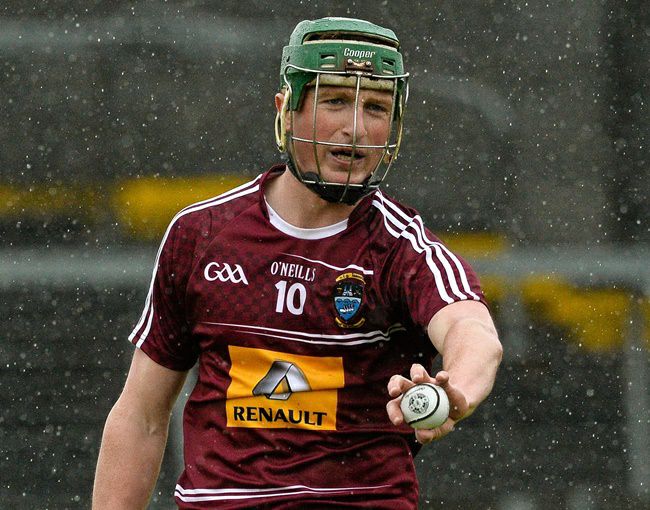 Ahead of the Joe McDonagh Cup Final on Sunday week, I spoke to Westmeath and Castletown-Geoghegan forward Niall O’Brien. O’Brien will be coaching at the 4codes Elite Summer Camp in Moate GAA from 2 July – Thursday 5 July. To book your place visit http://4codes.sportstalk.ie/

What would it mean to win the Joe McDonagh Cup in Croke Park?
It would be a massive step forward for this team and Westmeath hurling in general

Do you feel you can then go and beat either Wexford or Limerick after running Tipperary, Limerick and Galway close in recent years?
Be very hopeful anyway. We’d like to think there is a big scalp coming and in Cusask Park we usually put in a good performance. Get a bit of luck on the day and you never know what might happen.

Best and Worst in training?  Shane McGovern and Tommy Doyle

Most intelligent on and off the pitch?  Shane Power

What’s the best advice you’ve ever been given?  Don’t take it to seriously and enjoy it

Can you tell us one random fact about yourself?  Lived in Vietnam for 6 months

What 3 people in the world would you invite for dinner?  Noel Gallagher, Liam Gallagher, Eamon Gallagher

Who from the current Westmeath squad is most likely going to be a 1. manager, 2. millionaire and 3. in media?  1. Darragh Clinton 2. Alan Cox 3. Dereck McNicholas

If you could play an All-Ireland final or Leinster final in any stadium outside of Ireland, what stadium would you choose?  Loftus Road (QPR)

What’s the greatest game you’ve been to in any sport?  Clare and Cork All-Ireland Final draw in 2013

Have you ever shown any ability in another sport and would you like to have pursued it?

Badminton. Myself and Eoin Quinn could have went professional.

What’s the biggest sacrifice you’ve made because of your county involvement?

Not being able to pursue my badminton career

What part of training or games do you dislike most?  Running longer than 30 yards

Who is the joker in the group?  Darragh Egerton

If you could be any person in history?  Abraham Lincoln

Kilkenny versus Tipp – who will win?