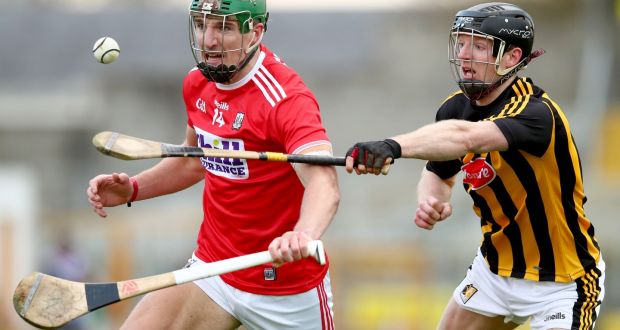 Ok, quick question for all you hurling aficionados out there. How many Kilkenny forwards would get in the Cork team? Ok, TJ obviously. That’s a given. Maybe Adrian Mullen on present form, if you were being generous. A fit and in form Walter Walsh, Colin Fennelly or Richie Hogan would also be a good shout, but when was the last time all 3 of those, or any one of those, was fit and in form?

When it comes to discussing the scoring threat from Cody’s men, the overreliance on TJ has almost become a cliche. True, you could argue that Patrick Horgan has got nearly as many scores for the Munster side this summer, but he’s still only accounted for around 40% of Cork’s total. With TJ the figure is 52% for Kilkenny. In Horgan’s case, there is a supporting cast of sharpshooters-Seamus Harnedy, Shane Kingston and Alan Cadogan-who have all notched more than Kilkenny’s second best. Add all of those factors together and there’s only one clear conclusion that can be made: the Cork forwards are better than Kilkenny’s.

There’s been a lot of talk in the build up about this game turning into a shootout. If you’re Brian Cody and his backroom staff though, you’d be doing everything in your power to prevent that situation occurring. Just look at the figures. Over the course of the championship ,Cork have got 7 goals and 138 points (159) for an average of 31.8 points in 5 games. Kilkenny have notched 8 goals and 108 points (132) for an average of 26.4 points in their 5.  Ok, last week’s game against Westmeath may have skewed those Rebel figures somewhat, but then again, Kilkenny ran up a big score against Carlow earlier on in their round robin. That’s when things were going well for them.

In the last couple of games against Wexford in particular though, the Kilkenny forward line has been shut down. Obviously, playing against Cork is a different scenario to what a Davy Fitzgerald defensive action is. It’s never going to be as easy to create goal chances against 7 defenders as it is facing 6, but the most disappointing element for Brian Cody the last day will not have been the lack of opportunites, but rather the execution.

Colin Fennelly and Ger Aylward both missed decent goal chances in the second half. A similar opening was available in the first half when Alan Murphy broke through and Fennelly was taken down, with TJ messing the subsequent free. Then there was the panicking in searching for goals in the later stages, and those 12 uncharacteristic wides that eroded away any semblance of confidence. They’ve come a long way since scoring 3-30, and only hitting 3 wides, in the 2008 All-Ireland final. Back then, it was customary for Kilkenny to beat Cork. But the artillery they have now is nowhere near as potent. Then, almost every Kilkenny forward was a stone cold assassin. Nowadays, the black and amber men are as accustomed to firing blanks as they are hitting the target.

That’s not to say that Cork haven’t question marks over them either. They’ve shipped a hell of a lot of scores over the past 5 games. Even against Westmeath, they leaked 20 points. They’ve parachuted guys in from the terraces to the starting line up after losing just game, and they’ve been beaten twice already. The one crucial factor is though, the one game they really needed to win, against Limerick away, they did. There is a backbone to this Cork side. It’s just been downplayed on occasion. 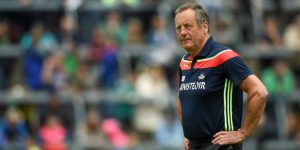 Playing in Croke Park has been held up as evidence as to why Cork will struggle this weekend, and considering they haven’t won their last 5 championship games there, and in particular, the last 2 semi finals, you’d think that may be a factor. Scrape beneath the surface though, and Kilkenny’s recent record in headquarters, is almost as bad as their rivals. Of their last 4 games there, they’ve drawn 2 and lost the others. So even the usual “second home” jibe that is attached to the stadium for the team, is no longer valid. If it is a second home now, it’s more an uncomfortable shack than a palatial resort.

So if you’re a downtrodden Kilkenny fan (or as downtrodden as someone who has had to endure a “famine” of 3 summers can be) what straws are there to clutch at? Well, TJ for one. The continued indomitable spirit of the side is another. The return of a few key players, a la Cillian Buckley maybe. Perhaps history can be added to the equation too. There has been a tradition in Cork Kilkenny games over the years of upsets. One thinks of the 82 All-Ireland final, or the 99, 04 or 06 ones, where the favourites going in were defeated. And Cork haven’t beaten Kilkenny in successive championship games since the 1900’s. How much relevance you can attach to that though, is probably a barrel scraping exercise.

For Meyler, for the players, for a county who haven’t gone a decade without winning an All-Ireland since the 1880’s, this is a must win game. Cody can be confident that a defeat on Sunday won’t lead to any immediate calls for his head. Could the same be said about his opposite number?

Now, after winning a Munster title in his first year, it would be harsh for Meyler to be replaced. We live in a ruthless world though. Cork can’t say that they don’t have the ability, or the forwards, to be getting the ultimate prize. They were as close as anyone to defeating Limerick last year. They must be chomping at the bit to have another crack at them in an All-Ireland semi-final, considering they’ve already defeated them twice this year. Let’s not forget how close they were last summer also. Were it not for Nickie Quaid’s stick, the conversation around this team would be completely different. Sometimes, there’s a very fine line between a hero and a “choker”.

So as curtain raisers go, a game between the two most successful hurling counties in history, is a mouth watering one.  It’s rare for a side not to win three consecutive games in the championship. It would be rarer still, if such a side went on to win an All-Ireland. The Cats have gradually being using up their lives each week. How much longer can that last?