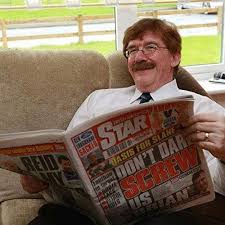 Declan King is known for being Ireland’s finest stadium announcers. He has worked with the FAI, IRFU and at the Dublin Horse Show over the years. Our own Deniese spoke with him on the Sports Talk podcast recently to get more of a feel for the man on and off-air. He started off by telling her his sporting background: “I grew up going to Home-Farm games. I was taken in the buggy at 6 weeks old. I came from a very sporting family. We lived in Phibsborough. I was a Bohs fan. I played all sports growing up. Soccer, GAA and later Rugby. My life was sport and I was so fortunate that my parents were so interested in sport too.” It is fair to say that King was very much in his element. He also had a love for music. He said: “I did have a dream that I wanted to be involved with sport when I was younger. I am very lucky that I have had the opportunities that have come my way. I have also written for The Star newspaper and I am probably one of the longest there. I love it and I continue to enjoy it.”

He would later go to get involved with being a stadium announcer in both Lansdowne Road and the Aviva Stadium, as well as officiating during the Dublin Horse Show in the RDS. For Declan, it was a gradual process: “Well, I was working as a young lad in various radio stations at the time. I remember I was working one Saturday afternoon on Sunshine with my co-presenter Tony King. He was ironically the stadium announcer with the FAI. A guy called Michael McCormack knocked on the door and asked would I do some promotion for Killester Basketball. I ended up going along to the games and was asked to be an announcer for them. I knew nothing about Basketball. This was in 1982. I then continued for the next few years and my friend Bernard Byrne had come to some games, that I was involved with. He rang me one Monday and asked me would I like to be the stadium announcer for the FAI? I was both shocked and delighted. I made my debut in 1996 in a game between Ireland and Iceland. Kevin Kilbane made his debut for the side. So I suppose we both had something in common.”

King went from working in radio stations and basketball arenas to Lansdowne Road, which was a big step up. The concept remained the same. He said: “I suppose I went from a few hundred people to 30 odd thousand people in Lansdowne at the time. But the basis of what I was doing was much the same. It was an opportunity to talk to people. I became good friends with Paul Dempsey and George Hamilton. I was up behind the back of the goal. The toughest thing I found was the pronunciation of players. I would be there early. Whether we were playing Andorra or the Czech Republic, you needed to get the names correct. I got to meet players and PR people. It was an enjoyable time for me.”

Declan is a huge fan of Man City and even had the opportunity of meeting the man responsible for helping city winning the Premier League back in 2012. “Yes, I got to meet Roberto Mancini. I followed Man City since I was 13. When I was with Home-Farm, we went on a trip to Everton, Blackpool and Manchester City. I came home with all the City gear. My dad would have been a proud united fan, but city was the team for me. I remember going to games in Main Road, in the old 2nd Division. We weren’t winning league titles like we are now. I also remember going to a game between City and Sheffield Wednesday. At that time players wore shirts and ties before games. I met Niall Quinn and I told him who I was. He gave me his tie and I still have it to this day. I always have had positive memories of meeting him. He was very generous. Same with Richard Dunne. The City fans loved him as well.

Declan King is a passionate Dubs, Bohs fan, City fan and Leinster Rugby fan. Having had stints announcing games in Croke Park, King takes us back to the standout game he was involved with: “For historical reasons, it would have been the Ireland vs England Rugby game in Croke Park, in February 2007. We didn’t know what to expect. We had loads of meetings beforehand. We kept it straight to the point. I had tears in my eyes. And that event just stood out to me. I was at other events, but this one always stays with me.”

King covered the Dublin Horse Show during the summer. Another event that was added to his incredible CV. “I was doing work for Leinster Rugby in the RDS and I was approached again and asked. I was the presenter I suppose in the arena. You had the opportunity to play music, which was another big passion of mine. I t was something different. I had great friends in Eddie Macken and Suzanne Macken from the show. You do get lucky that you are in the right place at the right time. All these things just fell into place. I did the World Karate Championships in Poland a few years back also, so getting to go abroad was also fantastic. I went to New York. I did various film festivals in Amsterdam. I have gotten great experiences from my work. I Got to talk to Liam Gallagher for 2 hours, which was enjoyable.”

King was the voice of many people. He, unfortunately, had issues with his voicebox later on. “It was very tough. I remember having to go to the doctor. After a week of no improvement, I was getting very concerned. I ended up having to have 5 operations over two years. Tadgh Dwyer saved me, I owe him a lot.” This experience had a lasting effect and King never will take his job for granted. “Sport should be fun. I don’t think it is anymore. It has become nasty. Amongst players and fans. I try to stay off social media. It isn’t the way it was when I was growing up. Sport in my view isn’t like a job. Where else would you get paid for watching some of the greatest players of all time?”

It is fair to say that King has worked his way through many decades and has overseen some of the finest players and events, in Irish sporting history. He will continue to do so and will no doubt go down as one of the finest voices ever to grace our nation.