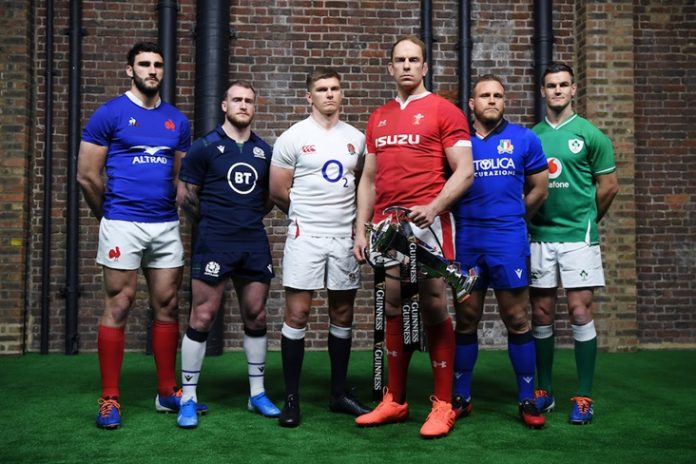 The much eagerly anticipated return of the RBS Six Nations Championship will once again grace our television screens this forthcoming weekend.

While we will be in the comfort of our living room sofas and not increasing the decibel levels at a packed Avia Stadium in Lansdowne Road like we used to even though it feels like an eternity since we last saw our beloved Rugby team play in front of us, the roar of the crowd the sinning of the national anthem followed by Ireland’s call with the hairs standing on the back of your neck afterward as we watch the drama unfold beneath our eyes.

From every try, conversion even the last-minute drop goal to win the game in injury time, knowing that our beloved team has given one hundred percent in every game never fails to amaze us.

This year is said to be the year of hope and while the country is in its third lockdown.  Come March 20th which will be the final set of matches to be played an Irish Six Nation’s triumph /Grand slam will bring a huge ray of hope to each and every one of us during these unprecedented times that our nation is facing.

In teams of Ireland, this feels like the real start for Andy Farrell’s team with a mixed blend of youth and experience with a dash of Paul O’Connell could spark a title charge.

O’Connell’s appointment to the Irish coaching team as forwards coach will be a very welcome boost to the players. O’Connell was capped 108 times by Ireland and most importantly captained the team to Six Nations success in 2014.

His distinguished playing career not only in the green jersey for Ireland also includes seven test match appearances for the British & Ireland Lions across three tours and two Heineken Cup triumphs with Munster.

Not only a great ambassador for Irish Rugby a role model for any inspiring /future player that will get to put on the green shirt for Ireland.

It is with no question that O’Connell’s impact on the team could guide them to Six Nations success.

Andy Farrell is in his second year in charge after taking over at the helm when Joe Schmidt’s stepped down after a brilliant seven-years in charge despite the disappointment of the 2019 World Cup.

So, what can we expect this year in terms of the Irish squad Hugo Keenan has emerged as a fantastic finisher on the wing, adding to that James Lowe is now a full Ireland International.

The return of Tadgh Furlong who is likely to be fit after missing most of last season, with Dan Leavy also back in the mix.  With the provinces doing very well domestically one thing is that competition across the pitch will be fierce to get a place on the starting squad.

Confidence will be high in the squad after finishing third in last year’s Six Nations and third in the Autumn Nations Cup. Wins against Scotland (twice), Wales (twice), Italy, and Georgia. Defeated by England (twice), France.

Home advantage will count for less with no supporters in attendance but with France and England set to come to Dublin, 2021 could be the year Ireland’s new era really begins.

Ireland will defiantly be going into Sunday’s match against Wales with some confidence and a new spring in their step.

Premier back in League Contention