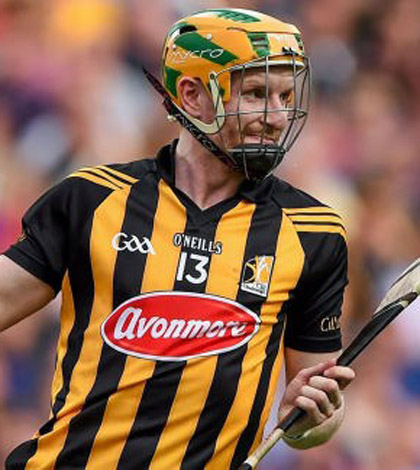 Richie Power shocked the hurling world when he announced his retirement at the age of 30 due to serious knee injury. Many people felt we still hadn’t seen the best of Richie because of so many injuries. If he could have had a run of a couple of years without injuries he would be an automatic choice for an All Star and contender for hurler of the year most years.

Power was always seen as a player with huge potential. We have all heard the stories of star players who did not stand out at under age level, none more so than Henry Shefflin – who stated in his autobiography that he was an average under age player. Power on the other hand always had talent and was ear marked for greatness from an early age. Considering his father Richie Senior had won All Ireland’s at Minor, U21 and Senior Level it was no surprise Richie Junior came under the spotlight from an early age.

Richie made the Kilkenny minor panel at the age of 16 as a sub goal keeper. He played a huge part the following two years, winning two Leinster and two Minor All Ireland titles. He captained Kilkenny to Minor success in 2003 while also scoring the winning point in the all-Ireland final in the process. He also won two senior colleges titles with St Kieran’s College as a teenager. Richie then went to St Pat’s to study Arts, while continuing his medal haul with an U21 All Ireland victory in 2004 after Kilkenny beat Tipperary in Nowlan Park. He was asked onto the Kilkenny Senior panel in 2005 and he made his championship debut against Offaly that same year, scoring the first of his 14 championship goals with the Cats. Unfortunately for Kilkenny, 2005 ended with defeat in the All-Ireland Semi-final by Galway in one of the games of the century.

It’s hard to believe but for the remainder of Powers career (06-15), only once did he not appear in an All-Ireland Senior Final. His first All-Ireland medal came in 2006 when Kilkenny defeated a Cork team going for 3 in a row. He followed that up with All Ireland wins in 07, 08, and 09. 2010 Kilkenny hit a Tipperary team in flying form, Richie experiencing his only All Ireland defeat at senior level in a Kilkenny Jersey.

He played a huge part in the 11, 12 and 14 victories. No more so than in the 2014 games against Tipperary. Without Shefflin on the field, Power stepped up to the mark when Kilkenny really needed a leader. He could feel hard done by not winning an All Star but lack of game time cost him again.

He battled all year in 2015 to get back on the pitch with Kilkenny but he had many setbacks. His only appearance in league or Championship was 10 minutes at the end of the All-Ireland victory against Galway. It was some reward for a turbulent 12 months. Richie will take with him the golden memory of pucking around with his son Ruairi after the celebrations of the All-Ireland final. Little did we know then that the last player Richie received a pass from in Croke Park was his son Ruairi. 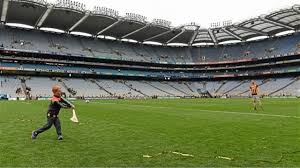 Richie’s career was blighted by injuries, 6 operations to the knee that forced his retirement. He missed a lot of Leinster Championship games with the cats because of injury after blossoming during the league campaign. You just have to look at what his team mates in the black and amber said about Richie after his retirement to see how talented he really was.

Eoin Larkin: I can safely say @power_richie was the most skill full hurler I ever saw or ever played wit.it was a pleasure.

Eoin Murphy: A pleasure to hurl with the most gifted hurler I’ve ever seen.

Paul Murphy: An awful liar and some man to complain, But the most naturally gifted hurler I played with! Talent to burn!

TJ Reid: Good bye to a good friend and one of the best stick man in the game. U will be sadly missed bud.

He leaves the game with great memories, and an impressive haul of medals but we were all hoping we had more to see of Richie Power!

We sat down with Richie and had a chat about his career with Kilkenny and what he is going to do now with the rest of his life!

Tell us about the knee injuries.

Where do I start, had my first key hole surgery when I was 16 and have had 6 in total at this stage. Last year was the most frustrating year in my career because I never got a clear run at training. The knee kept flaring up and that’s why I was forced to make the decision to retire.

Which All Ireland Final win was your favourite?

Without a doubt 2014 was my favourite because I won it alongside my brother John.

Which match with Kilkenny stands out for yourself? Good and bad.

When Brian Cody called out the team in training, which player did you hope he didn’t call out to mark you?

There’s a few players in this category, JJ, Tommy, Jackie, Noel Hickey and Brian Hogan and then I always ended up marking one of the fore mentioned.

Who was your toughest opponent from another team?

Paul Curran from Tipperary. We had some great battles over the years and I always knew I was in a battle after marking Paul. 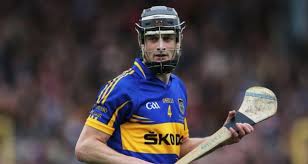 Outside of Brian Cody who is the best manager you ever had?

This is a very unfair question! If I have to answer I would go for Br Damien Brennan. (Former Kilkenny Minor manager)

What do you think of all the training GAA players have to do?

To be fair we are very lucky in Kilkenny that we have never been dogged in training. The lads always put a huge emphasis on recovery and freshness. But I have heard some stories about some counties which puts huge pressure on players and in particular college players. It is an amateur sport at the end of the day and I think some managers forget this concept.

Would you change the current championship structure?

I still think there is two good interprovincial championships in Leinster and Munster. But I would like to see an open Championship at some stage to really spice things up. Also I think 6 weeks between games is absolutely ridiculous. At most players should be waiting 3weeks at the very most.

Did you have any routine before a big game?

Not really. I always sat in the same place in Croke Park if that counts?

Did you feel extra pressure hurling for Carrickshock after winning an All-Ireland?

I didn’t feel pressure, not at all but I put pressure on myself to perform. I felt I owed it to the club to perform everyday as I would have been away from training for most of the year.

When you were playing with Kilkenny, did you listen to the media much?

No I never paid much attention to the media when I was playing. Most journalists wanted Kilkenny to be bet anyway so no point reading anything negative!!

Where did you get the motivation from to keep coming back after so many bad injuries? Did you feel like packing it in?

There was a lot of times I felt like packing it in to be honest. But I just wasn’t happy to go out that way, I really wanted to finish on my own terms and really hoped I would get that opportunity. I just wanted to get a clear run to see what would happen.

What do you think was the turning point in your career?

I think losing the All Ireland Semi Final 2005 was a big turning point. Being a young guy going in, sometimes you think things might just happen for you when you look around a dressing room full of players you grew up admiring. Everything changed in 2006 and the rest as they say is history.

If you could play one game again what would it be?

What did it feel like coming home to Kilkenny with the Liam McCarthy cup?

I think that was always the best part of winning an All-Ireland. The Kilkenny supporters are the best in the world and the support we received over the years was incredible. Even when I retired the amount of well wishes I received was unbelievable. 2010 will always stick out in my memory because the welcome we got after being beaten matched when we won which tells you a lot about the Kilkenny supporters.

If you could start all over again as a Kilkenny hurler would you change anything?

Absolutely, there’s a lot I would change if I got the chance. But I won’t disclose them just yet!

Position you dislike the most on the hurling field: Corner Forward

Who was your idol growing up: DJ Carey

What would you have for breakfast on day of a big game: A Big Fry ha ha. 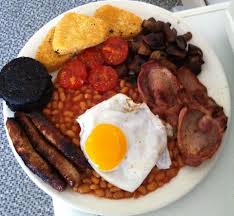 Fav song: Hole in my Heart

Biggest influence on career: My father

If you could play any other sport professionally what would you play: Golf

If you could be someone else for one day who would you be: Hugh Hefner 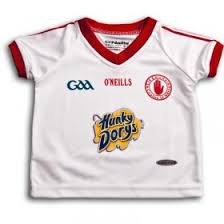 If you could have dinner with 3 people in the world: Jessica Alba, Beyoncé + Michelle Keegan

Fav thing about been an inter county hurler: Team Holidays

Least Fav thing about been an inter county hurler: No Social Life

Best hurler you ever played with: Too Many to mention one

Constitution Hill could take on Honeysuckle at Punchestown

Waley-Cohen to retire after Grand National