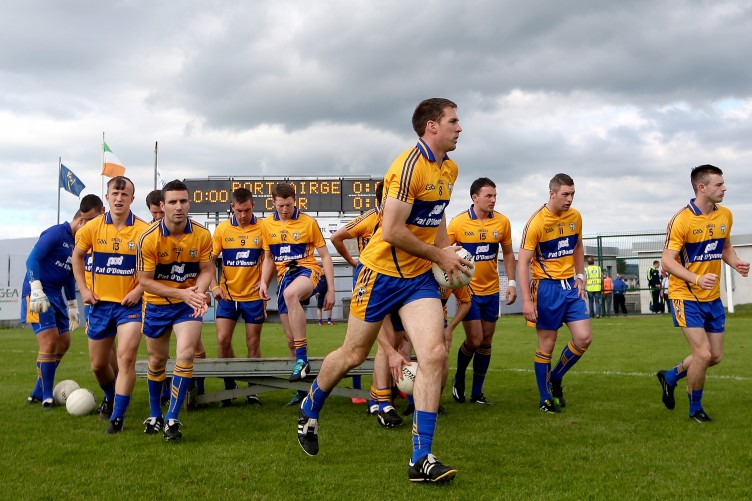 In the summer of 2013, Cusack Park in Ennis hosted a double header of All Ireland Qualifiers as Clare faced Laois in both the Hurling and Football series.

The decision was made that the hurling would be played first, so the pristine turf wouldn’t be ruined for the small ball game.

Clare eased to victory to kick-start a journey that would lead to Liam McCarthy making his way west in late September.

By the time the footballers had completed their warm up, spectators at either side of the ground could have had a conversation by barely raising their voice such was the exodus of supporters.

A comfortable Laois win followed, bringing an end not only to Mick O’Dwyer’s tenure as Clare manager, but to his long and storied career in inter-county management.

A low ebb then for the Banner, who began the search for a new manager to try and arrest a slump that threatened to keep them in the doldrums for years to come.

That man came in the form of Colm Collins, a west Clare man living in the hurling stronghold of East Clare, but crucially, in a little parish that holds a love for the big ball: Cratloe.

Collins had led his adopted parish to the senior football ranks at the same time as Joe McGrath was masterminding the development of All Ireland winners in the form of Podge Collins, Conor McGrath, Conor Ryan and Cathal McInerney to name but a few.

By the time December 2014 rolled around, Colm Collins would oversee Clare’s promotion from Division Four of the National League, a heartbreaking one point defeat to Kildare in the All Ireland Qualifiers, and Cratloe’s first ever Clare Senior Football title.

2015 saw Clare retain their status in Division Three but a disappointing loss to Longford brought their qualifier run to an end. Collins continued his success on a club level, leading Cratloe to back to back titles.

Arguably, Clare’s biggest year since 1992 came last year, when promotion to Division Two, victory over Kildare in the Division Three League Final in Croke, and a run to the All Ireland Football Quarter Finals put Banner football back on the map. Interestingly, the only team to beat Clare in the championship last year was Kerry.

The reason for the history lesson is that he developmental arc over the last few years for Clare must be viewed in the context of the years that preceded Collins’ appointment. Coaches with calibre of Paudie Kissane, Mick Bohan and Alan Flynn have all played their roles, while selectors with the in depth knowledge of Clare football possessed by David O’Brien and Ger Keane mean that every possible talent is given the chance to make a contribution.

One of Collins’s most successful initiatives has been the development of the Emerging Talent Squad. This has seen promising minors and U21s brought onto an auxiliary training panel alongside the seniors, exposing youngsters to the lifestyle and commitment required to become an inter-county player. With the guidance of Gary Brennan, Gordon Kelly, Joe Hayes, Martin McMahon and more, the likes of Cian O’Dea, Keelan Sexton and Pearse Lillis have made themselves mainstays on the Clare team before they hit their 22nd birthday.

A change in mindset that is so simple was also adopted, with management espousing a message of positive football, and urging a mentality of going out to win a game rather than not lose it.

Belief is so often the defining trait in sport, and after picking up three points from their opening two games in Division Two, this Clare squad is full of it.