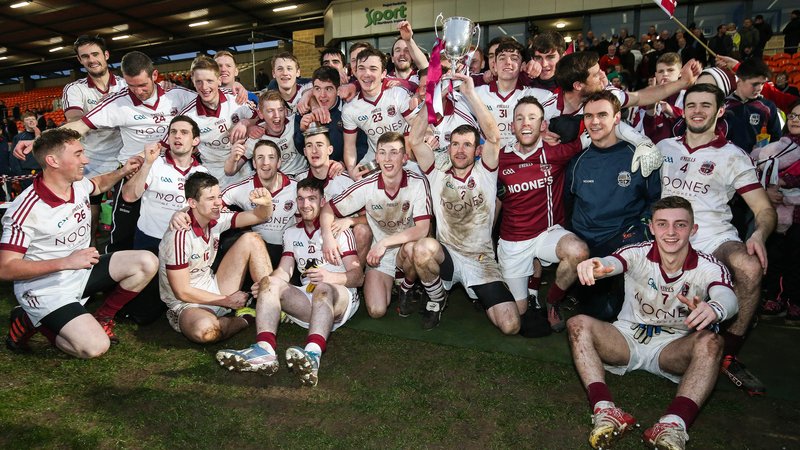 The Rise of Slaughtneil GAA

Not many people outside of Derry would have heard of Slaughtneil GAA club but over the past 3 years people have got to know them throughout the country, most notably 2016/2017. For people that may not know Slaughtneil GAA club is situated at the foothills of the Sperrin Mountains in south Derry, it is a small rural community with no more than 300 families residing in the area. However, they have defied these numbers and have shown that having passion and pride in your community and club can go a long way .The club itself was found in 1953, so it is relatively a new club in terms of some other clubs across the country. The club itself is named after Robert Emmet and they play their home games at Emmet Park.

The club won its first county senior football title only in 2004, however there was a 10 year wait before the team nicknamed the Robbie’s landed their next county title that coming in 2014 and they have went on further to win county senior football titles in 2015 and 2016. The Slaughtneil hurlers have won the last four county titles in a row, from 2013 to 2016, before then their last county title was 2000. Their camogie team has also been impressive, winning the camogie senior county title the past two seasons. The small ball teams for both men and women made history when they captured Ulster titles in 2016, while the hurlers who face Cuala on Saturday will be looking to make more history and be the first side from Derry to reach the All-Ireland Club senior hurling final on St Patrick’s Day.

Just two weeks ago Slaughtneil reached the All-Ireland Club Football Final after defeating Dublin side St Vincent’s, a game in which Chrissy McKaigue starred in. In fact, half of the players that featured in that win over St Vincent’s will be in action against Cuala, an amazing statistic. It would be absolutely amazing for Derry GAA and for the people in Slaughtneil if the hurlers overturned Cuala who are firm favourites for the All-Ireland club semi-final on Saturday, imagine in your own club reaching both senior hurling and football club finals, would be such a great feeling. There footballers will play Kerry side Dr Crokes in the All-Ireland club football final which at the moment is pencilled for St Patrick’s Day, however, if the Slaughtneil hurlers win this coming Saturday that date could possibly change.

Chrissy McKaigue, Patsy Bradley, Brendan Rogers, are notable footballers that have all played or are currently playing inter-county football with Derry. McKaigue in fact will be lining out for the hurlers on Saturday evening alongside Rogers, while Se McGuigan and Shane McGuigan will also feature. Cormac Doherty is another key player for Slaughtneil in attack. It would be one of the greatest ever achievements in the GAA if they were to reach an All-Ireland club final in both codes, something that has never been done before from a Derry side.

Joe Brolly wrote a great piece in the Sunday Independent last weekend http://www.independent.ie/sport/columnists/joe-brolly/joe-brolly-choose-life-choose-to-be-given-a-choice-choose-club-35462787.html explaining how the culture is so good in Slaughtneil. They have defied all the odds and what they have done is an example to all GAA clubs in Ireland.

Whatever happens on Saturday evening against Cuala and against Dr Crokes in the football final, the Slaughtneil players, family, club members and the county of Derry should be proud of their achievements to date. Some teams can barely field teams but with Slaughtneil it just shows that hard work and commitment, passion and pride in the jersey can go a long way achieving so much in the game.