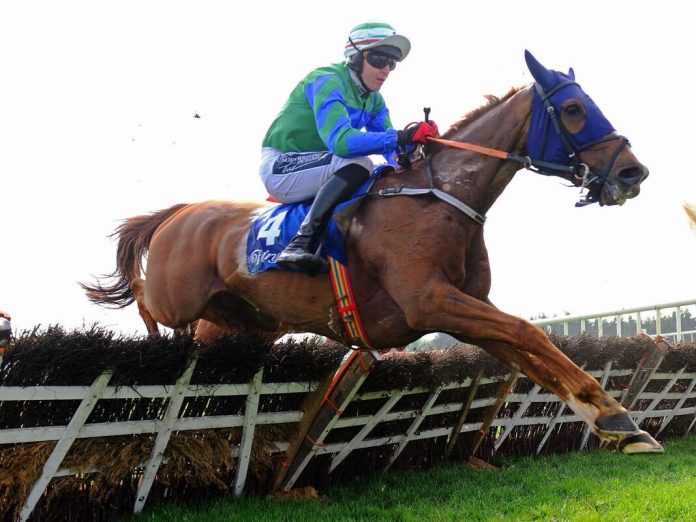 Ronald Pump is set to race in the Irish Grand National at Fairyhouse on April 18th. The 2020 Stayers’ Hurdle runner-up finished second in the Leinster National at Naas. Liam McKenna is expected to keep the ride.
The nine-year-old has not won since taking a beginners’ chase at the same track in November 2019, but has had just two runs over fences having been campaigned almost exclusively over hurdles since.
Trainer Matthew Smith said: “Everything is on course for the Irish National – that is the plan anyway.”
Ronald Pump is now being prepared for the three miles and five furlongs test over fences. He beat Galvin into fourth when winning on his chasing debut and finishing second to Fakir D’oudairies in the Grade One Drinmore Novice Chase.
Smith is happy with his form: “I was delighted with him the last day at Naas.
The horse didn’t quite hold on to win it, but we were delighted with it.
“He has always been a little bit quirky from day one. You just need to keep him in among horses when he is walking. He just got detached and started messing, but there was nothing to worry about – it is just him.”