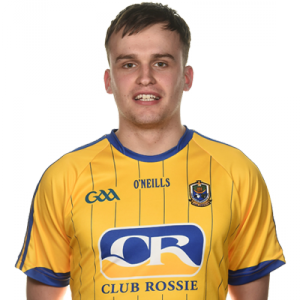 Malachy O’Rourke’s side failed to produce the same sort of form that saw them beat Dublin on the opening day as they suffered a two point loss at “The Hyde” on Sunday. Despite having both Conor Cox and Tadgh O’Rourke sin binned in the final ten minutes the Rossies endured and came out on top, a crucial penalty from the boot of Enda Smith on 68 minutes proving key to the outcome.

Monaghan responded and drew level thanks to points from Jack McCarron and Conor McManus, the sides level for a sixth time. The Rossies were not settling for the draw though with Conor Cox and wing back Ronan Daly tagging on late points to secure the home win and a valuable two points.

In that spell with The Roscommon pair side-lined Monaghan only tagged on two points, Mc Manus and Malone points nudging them ahead by one but they couldn’t pull clear with the Rossies always a threat.

Drew Wylie, Conor McManus, Ryan McAnespie and Karl O’Connell were all introduced for the second half by Monaghan but they found Roscommon up for the battle and they played well with former Kerry footballer Conor Cox hitting five points for the hosts.

Monaghan finished the game with 14 players after Stephen O’Hanlon was shown a straight red card by Tyrone referee Seán Hurson after an off the ball incident in injury time.

Byrnes Babes Reunited after 21 years to belt out Mayo’s war...