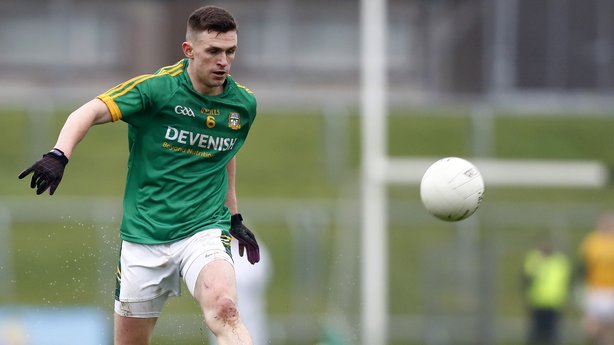 Going into the last quarter the sides were level but the quality of Meath’s attack proved decisive as the Royals outscored Tipp 0-5 to 0-1 and in the end a four point win was just what the home support wanted, Cillian O’Sullivan influential for Meath, playing a direct role in four of their points, scoring one himself.

Meath had led 0-7 to 1-2 at half time, Tipp scoring their goal from the penalty spot from the boot of Conor Sweeney three minutes before the whistle, it had been a badly needed score as Meath threatened to have a big advantage.

After the restart Meath surged ahead again but they faced a resurgent Tipperary who rolled off four points, three from the accuracy of Sweeney’s placed balls and by the end of the third quarter the sides were level.

Tipp finished the game with 13 players as Steven O’Brien picked up his second booking in the 66th minute with Josh Keane  black carded and sin-binned in injury-time. The introduction of O’Sullivan certainly played a key part though as the Royals sealed an important win.