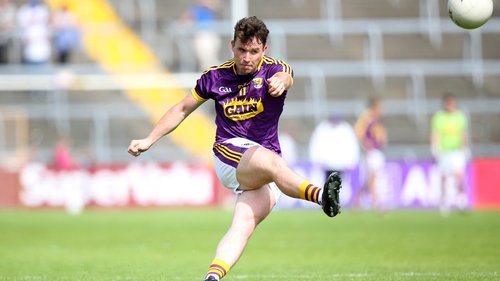 Wexford have picked up their second league win of the campaign as they had three-points to spare against a very spirited Wicklow side.

It was Wexford who started the shaper as they ran into an 0-8 to 0-1 lead, but scores from Darren Hayden and Conor McGraynor eased the Wicklow nerves. At the break, Wexford held a 0-11 to 0-4 lead.

There was a rip-roaring start to the second half as Jody Merringan’s effort on goal was superbly saved by Matt Doyle and he had to content himself with a point. Mark Kenny and Chris O’ Brien also chipped in with points as the lead was cut down to four points.

In the end however, Wexford were the better team as they ran out 0-12 to 0-9-point winners.

IT’S TIME TO TALK ABOUT DUBLIN