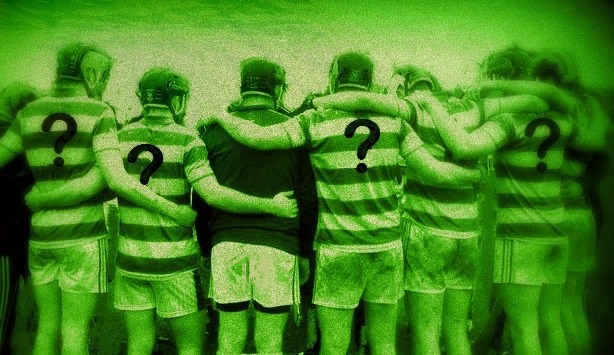 The main reason I went to College was to hurl Fitz. Obviously, I wanted to further my education but I would be lying if I said hurling was not my main priority at the time. I had heard the stories of what it was like to be a Fitz champion from my brother who had won a medal four years previously in the same college. I wanted to taste that winning feeling for myself. I was lucky enough to make the Fitzgibbon panel in first year, but the story I am going to tell is from my second year in college.

Anyone who has been lucky enough to play Fitzgibbon knows how special the competition is. You are hurling with players from all over Ireland, lads you will mark in county games, from minor up to senior but all rivalries are put aside and everyone is on board with the one aim of winning a Fitzgibbon cup medal. Players are put together from many different counties around Ireland and yet the bond you have with these lads is as good if not better than any club team you play with. Players will share houses together and see each other every day, especially once the training and matches are in full flow. The bond you build up with these lads is brilliant and the craic you have along the way is the best you will ever experience. The sessions after winning a tough Fitz game or just a random night out are so special.

We started back serious training after Christmas. Obviously, the first day back, we started with a bonding session – this involved tough physical running followed by drinking as many pints as you can. Sometimes you would not have a clue about the lad you hurled with; you would know his name but nothing else unless he was a well-known county hurler. Once you go on a drinking bonding session – you end up friends and have a friendship that seems unbreakable. I remember winning a very important Fitz game one year towards the latter stages and coming back on the bus from the game was the first time I had ever talked to one of my teammates. We would say hello but that was it, we were drinking bottles on the way back home and we ended up side by side on the bus. We chatted away quietly at the start but by the time the bus pulled up outside the College, we were best friends as if we knew each other for years. I ended up being great friends with the same guy for the duration of college and to this day.

The college I was at was fairly relaxed about training as we had so many players involved at county level. We didn’t really go full belt for the league; often fielding very weak teams due to the unavailability of county players. This probably helped us in the end as we came into the Fitz campaign under the radar as rank outsiders. We were not mentioned as a team that could win the title. It suited us perfectly. In the run up to the Fitz weekend the training would pick up, but I still remember that our trainer had a fairly balanced approach to it all.

The week before the Fitz weekend we were having a fundraiser for the team in our College bar, and we had training a few hours before the fundraiser. As we were playing the Fitz Quarter Final the following Wednesday the players were wondering if we would be allowed drink or not. I was ‘skipping’ a few lectures to go up to the pitch early to work on some first touch and shooting practice drills, when I went over to the manager to ask him for some sliotars. We were in conversation about the fundraiser, when I said ‘it’s a pity, we can’t drink tonight and enjoy ourselves’, he replied, “Why can’t ye drink?” I said, “Because we have the match next Wednesday, and he replied “Sure that is ages away, have a few pints tonight, it will not do any harm at all”. I was delighted; I had the blessing from the gaffer. I could not wait to tell the lads.

My excitement and delight was short lived. The team assembled in a team huddle before we did the warm up, players spoke about the importance of the game next week, and that no player was to touch a drop of alcohol tonight. (The players who spoke out the most were pioneers). I was downbeat but I knew they were probably right. We went to the fundraiser and had a great night anyway. (Who needs alcohol!)?

We won the game on the following Wednesday, a very tough battle! A teammate and I pulled a stunt before the game to get the lads fired up. The team we were playing had beaten us the previous year so we really had to get the better of them. We decided to make up an article and say it had been written by the other team and had featured in their college magazine. We took about three days off college to design and prepare it. It went along the lines of “we will beat these lads on Wednesday, we can’t wait for the Fitz Weekend, put your name down for the supporters bus”. We didn’t tell anyone about this, not even the manager. We hurled as men possessed that day and finally beat our bogey team and we were heading for the Fitz Weekend. The manager came in to the dressing room after the game and he was delighted, saying they can shove that article up their arse now. We had to come clean as we were afraid things might get out of hand. It worked anyway!

The Fitz weekend is something special. You leave on the Friday morning, play the semi-final on the Friday afternoon and stay in a hotel on the Friday night. The semi-final is a very dangerous game; some players are caught up in the whole weekend and let the occasion get to them. It can be all over before you realise it has actually happened. Win and you are in an All-Ireland final the next day. Lose and you will wake up hung-over the next day with nothing to show for the year except a bad hangover. I personally had a terrible record in Fitzgibbon semi-finals. I usually had a very poor game. I do not know whether I had my eye on the final or whether it is just a coincidence. I cannot understand why TG4 do not televise the semi-finals live. They are quality, high standard games.

We had another tough semi-final that year, winning the game by two points. We were now playing a final less than twenty four hours after playing sixty minutes of hurling the previous day. We were hot favourites for the semi-final but just about got over the line. Our opponents in the final had won easily so they were now the big favourites. Anyway, we had reached the final where we had aimed for all year.

We headed back to the hotel after the game for something to eat. Staying in a hotel while playing for your college is a novelty. After we finish our dinner, we are told to meet up at nine o’clock for a team meeting. Most players decide to fill their baths with ice and cold water while others just chill out. As I was after having a poor semi-final and was substituted during the game, I was worried about my place for the final. I mentioned it to one or two of my teammates who must have passed it on to the management. There were a good few of us in a room chatting when the manager came in and asked if he could have a chat with me. My heart sank; I am going to be dropped for the final tomorrow! Straight away, he put my mind at ease; he said I was an important player for the team and that I would definitely be starting in the final. He told me I was putting too much pressure on myself to perform and to go out and hurl with freedom. I was so relieved and delighted and I couldn’t wait for the final now.

The meeting that night was brilliant. Sometimes you just know when you are going to win and that was one of those meetings. It started very serious but for some reason it ended up with lads laughing constantly. Players were asked their opinions and lads just took the piss out of them. It relaxed everyone and we knew we were ready for battle!

I did not sleep well in my new bed and felt tired when I woke up but after breakfast and a bit of fresh air I was fine. The final was not on until five o clock so we had to wait around all day. We left the hotel and headed for the pitch. We warmed up on a local pitch close by to the main pitch. We were focused and ready to go. The weather was not great, hail stones belted down and it was very windy; typical Fitz weather.

Fitz games are always tough, especially a final as everything is on the line. We put our bodies on the line for each other and were determined to win the title. I started well and my confidence was back, I really contributed that day and felt I was playing with freedom. The final was low scoring and the game was very tense. I lasted the full 60 minutes and felt I had played my part in our victory. We just about scrapped over the line – as massive underdogs, the sense of pride and joy at the final whistle is something I will never forget. Everyone hugging and sharing the moment; you are a family.

It is great winning with your club and county but the celebrations with winning a Fitz are the greatest! Everyone is roughly the same age, not in any hurry back to work or with family commitments and everyone is up for some fun. We had reached the Promised Land, we were Fitzgibbon cup champions. I couldn’t wait for the journey home and for the few days celebrations that lay ahead but those stories are for another day……..

Behind the scenes of Portumna hurling – Pride of the Parish