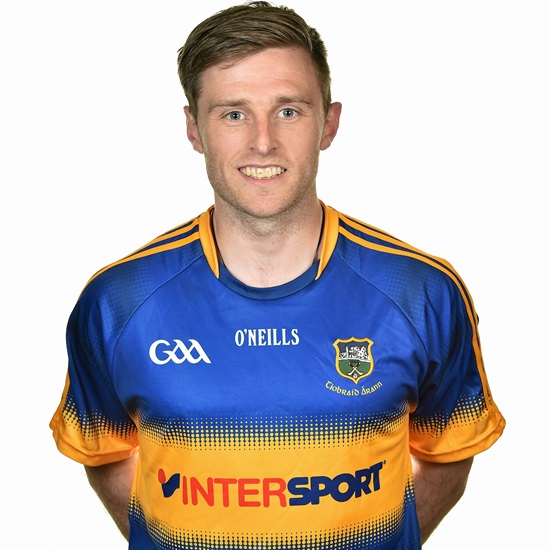 What was/is your favourite….

County jersey (not your own) - Tyrone

Song to listen to before a game - Adagio for strings

Chick flick – 10 things I hate about you

Quote – Believe in yourself

What’s app group you are in – Club

What did you eat on the day of a big match?

Chicken, pasta before, burgers and chips after.

Advice to young players starting out on their inter county career?

Go to America or travelling before you get into it. Time flies.

What do you miss the most about being an inter county hurler?

What would you do different if you had a chance to start over again?

Not put myself under as much pressure and learn how to perfect the guns for match days!!

If you could go back to one inter county game, which game would you go back to and why?

2008 V Cork. Buzz was unreal, crowd was massive out on the field and all. Played well too!!

Who is the best manager you ever had? Why?

Liam Sheedy – always made you feel you were the best on and off the pitch.

Which county team-mates did you hate marking in training?

Funniest thing you have watched on you tube -

Underage, won the throw in and leathered the ball straight over the bar in our own goals!!!

Did you get nervous before big games?

Of course, nerves were good though, got energy from them.

Worked hard gave it my all, not a bad stickman

Most romantic thing you have ever done?

Proposed to my wife in the Grand Canyon after a helicopter ride to the bottom of it.

What is the best invention ever?

I phone without doubt!!

We were given a food diary to fill out. My team mate (Foxy) didn’t have time to do his before we got on the road to go training so he asked me to do it!!!

I filled in bowl of sliotars for breakfast with a glass of badger’s milk.

Our dietician didn’t realise I did it for Foxy and gave half the day looking through the internet to find out what cereal a bowl of sliotars was and what was the protein value of a glass of badger’s milk!!!! She was none too pleased when she found out!!!