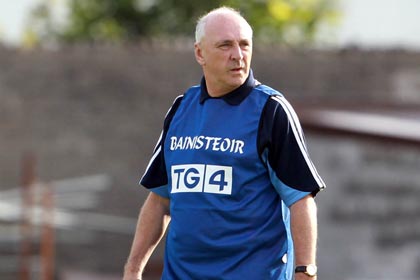 Cavan footballer Aishling Sheridan has admitted that former DCU manager Peter Clarke was “one of her favourite managers.”

Clarke helped DCU to the O’Connor Cup in 2018 with Sheridan playing a pivotal role.

On this week’s Sportsgirls Podcast Sheridan spoke fondly of her former manager: “He’s one of my favourite managers. He has so much understanding of the game. Everyone had so much respect for him.”

Former Donegal captain Nadine Doherty questioned Clarke’s style of football. She herself found it interesting and intriguing but some would call it negative. She asked Sheridan was it was frustrating at times as a forward.

Sheridan said: “The players we had were amazing. They were defensive but it did leave space for attacking. Myself and Sarah (Rowe) would’ve been in the full-forward line. I did enjoy it. We had Niamh Kelly, Sarah Rowe, Aisling Moloney. The list goes on. The standard we had was amazing.”

Although they had a style of play Sheridan did reveal that they changed their game plan for the O’Connor Cup Final against UL: “For the final it kind of changed because we had a different plan.”

Youngsters to watch out for in 2018 Ladies Football Championship