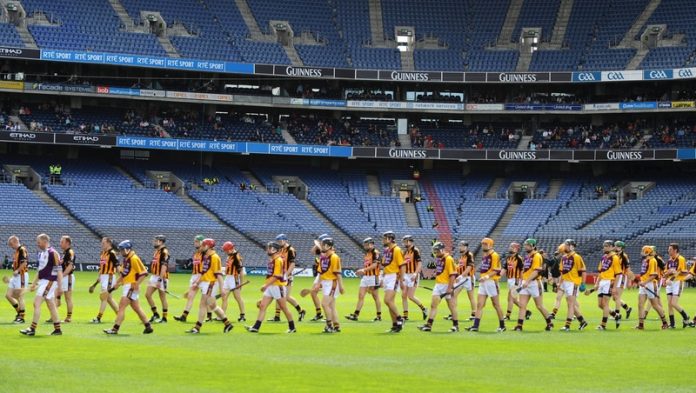 A wet and miserable evening in Multyfarnham wouldn’t be a highlight for many people but for me it was fantastic; I was at my first GAA match in four months. As I stood on the sideline with the rain falling on me, I never felt as good. It was only a challenge match but it was brilliant to have football back.

I was surprised with the number of people who had braved the elements, but just like me, they too didn’t want to pass up on the opportunity to see a game again after wondering for weeks and months if we’d have some action again this year.

For a lot of counties their championship starts this weekend. In Longford we have to wait until the weekend of the 9th of August. Even when growing up, the club championship was always my favourite time of the year; even if I’ve experienced more heartache than joy supporting my local club. I still live in hope that we will reach the promised land soon.

There is something special about the club championship and I’ve been lucky to cover ours for a number of years. Looking for teams, being given false information, waiting until throw-in to get team news, no proper team lists, the craic on the sideline at the dug-outs etc. It just adds to the experience. 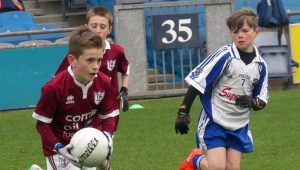 This year it will be different for all of us but I hope the games will give us something to cheer about and the escapism that we need.

It is a pity that there will be a limit to the amount of spectators that can attend games especially when a lot of grounds especially county ones can accommodate large numbers, even with social distancing measures in place.

Four teams really hit by the crowd limit are the four schools who will play in the Leinster Colleges A and B Football Finals this Friday. Because the game takes place before the 20th of July only 200 are permitted to attend these games.

That 200 includes the teams, spectators, media etc. Each school has got 40 tickets for the games. From covering schools’ matches I know how many parents and family members go to these games; no matter how miserable the weather is. I’d hate to have to choose which parent could attend a huge game I was playing in.

With club action resuming the Leinster Council had to fit in this game quickly but it is tough on the players; some playing for their school for the last time. The A Final is in O’Connor Park, Tullamore, while the B Final is in Cusack Park in Mullingar. These two grounds are well able to cope with a crowd adhering to social distancing measures. I’m sure the schools would get stewards to help.

I think there should be allowances made for venues that can accommodate crowds. Sport is a brilliant outlet for players and supporters, and it’s great to be able to attend games, more so now after spending months in lockdown.

A view from the sidelines – a week where Covid made...