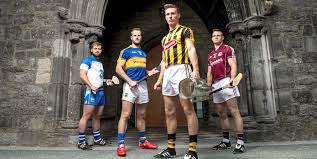 Should we be worried about the state of Hurling?

After another big weekend of hurling matches, we are still waiting for the hurling championship to come to life. Has there been one decent game yet? Kilkenny V Galway was probably the best game of the year so far and that wasn’t even a great game. Yesterday’s Munster final was very poor. The conditions did not help proceedings but there was no bite to it. Tipperary in fairness cannot be blamed as they hit 5-19 in terrible conditions. Waterford have a lot of questions to answer and they have to decide if they stick with their defensive system or not. I remember watching Kilkenny V Waterford last year, and Waterford right up until the final whistle played De Burca as a sweeper despite been down by a few points. They seemed to be happy with keeping down the score line. They have now lost 2 Munster Finals in a row, a league final and an All-Ireland Semifinal playing their defensive system so is it all what it is cracked up to?

There were only just over 15000 spectators at a triple header in Thurles on Saturday evening. That really is shocking for three games but was anyone sitting at home regretting they didn’t go, probably not. Both hurling games were destroyed by sweepers. The GAA must be seriously worried about the attendances at GAA games. Why are teams playing sweepers? I think some managers feel they look better when they impose the tactic of a sweeper. Please god teams will realise it does not work and it will be scrapped by teams. Its creeping into club teams all over the country.

Players are like robots now, they are told where to be and what to do every time they get near the ball. The team who keep things so simple are the team that win All Ireland’s on a regular basis, e.g. Kilkenny. There is rarely a corner forward now who gets the ball and heads for goal, he will turn back and pick out a man 40 yards or so out the field. Matches are becoming more like training sessions, popping passes around and taking pot shots at the goal from long distances. Think back to the All-Ireland finals of 09, 10 and 11 where Kilkenny and Tipperary went at each other physically. They were unbelievable games. Players nowadays spend so much time in the gym, why? There is very little physical contact in hurling matches anymore.

Take Clare for example, they have brilliant hurlers all over the field, they have to adhere to the system imposed by Davy and his backroom team. That Clare team would be much better if they were given the freedom to play. Teams who play sweepers obviously don’t trust their backline. They are scared of conceding goals but as a result they are not able to score goals themselves. The buzz is gone out of GAA matches as players don’t go direct anymore. Corner backs rarely get a ball and give a long clearance, instead it’s a ten yard pass across to the sweeper. Brian Lohan used to get the crowd roaring with excitement every time he fixed the red helmet on his head and struck a 90-yard clearance up the field. The worst thing that could happen now is if a team playing the sweeper system won the all-Ireland. Every Underage team in the country would become even more obsessed with it then.

The standard of hurling in certain counties is also a big worry to the future of our game. I would rank the teams currently as:

The provincial championships are dead. The GAA need to act before it’s too late and we start losing hurlers to other sports. There are 12 teams above, why not split them into 2 groups and give each team 5 championship games. Top 2 in each group go into an All-Ireland Semi Final. Bottom 2 have to play in relegation. The championship at present is predictable and boring. I for one want to see something different. Give players more games and less training. Cut down the amount of league games so clubs can have more time to play their fixtures. There is no reason why the hurling championship cannot be played by the end of August.

I don’t think I am being unfair to Cork ranking them 7th in the current standings. They have really struggled at Minor and U21 for years now. They do seem to be finally putting in some work as they won the U15,16 and U17 competitions last year. I watched the U16 team in the final last year, they were a super team trained by current Senior selector Diarmuid O Sullivan. However, Kilkenny nearly caught them in the end as for some reason Cork decided to play a sweeper in the second half which really affected them. Cork are one of the traditional top hurling counties and its sad to see how far back they have fallen.

Offaly are another team who seem to be going nowhere fast. They looked very poor against Wexford. Some of the best Offaly players are not hurling with the county. A county the size of Offaly cannot afford to be without key hurlers. Maybe a new system, guaranteeing them 5 championship games against the bigger teams might entice them to come back to hurl for the county.

Hurling is the greatest game there is in my opinion but it’s becoming dull, boring and predictable.  GAA managers need to stop persisting with negative tactics and go out to try win the game, instead of trying not to lose. The GAA need to change the Championship and make it more exciting. Unfortunately, I cannot see it happening.