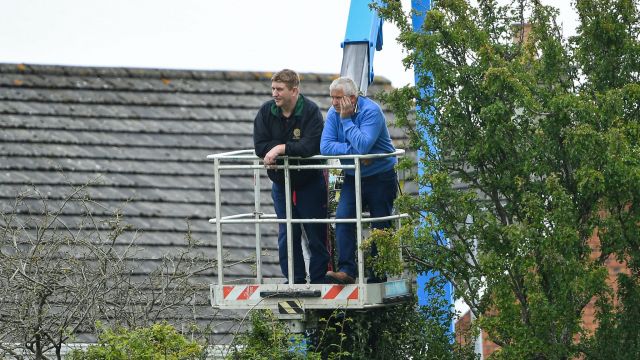 I love the club championship. Have I ever told you that? As a supporter I love the buzz, the banter with opposition supporters, seeing your club take to the field and hoping and dreaming of a famous win.. I actually still get nervous before the championship. You’d swear I was playing or part of the management.

As a journalist, getting team lists, seeing the formations and then typing up teams and scorers is the bane of our lives but sure we wouldn’t have it any other way.

A few weeks ago my local club beat our near neighbours for the first time in 18 years in the championship. It was a huge result and there was a feel good factor around the parish after that.

Only 50 supporters could go to it but amongst the crowd were some of our club’s most loyal and ardent supporters. They’ve been there for the good days and bad. They are still waiting for our first championship title since 1982.

They walked out of the ground full of pride for the team and also delighted to say they were there for that famous win. It’s something we love to do, to say “I was there when (whatever team) beat the Dubs or when (whatever player) scored a terrific point/goal or put in a tremendous performance.

I can’t imagine how they would’ve felt if they had missed out on that win. These are people that have given their lives to the club and received nothing in return but they did it out of love.

Two weeks ago I covered my first game “behind closed doors”. It really was surreal. The ground was eerily quiet, plenty of space in the stand (apart from one team getting changed there) and it gave me a feeling of a training session. Even challenge matches attract people to it.

A few supporters did manage to find a way to watch the game. To be honest, if it was my club, I’d say I would’ve done the same. From looking at various places around the country people are taking chances to watch their teams play. The restrictions are about people’s health but safety needs to be a top priority too. Surely letting supporters watch their team play with a mask/face covering on and adhering to social distance is better than some person receiving severe injury while climbing a ladder or a wall.

Credit to counties for their streaming of games. It’s fantastic, but what is available for the people who have no internet or access to a laptop/computer? John Horan did ask NPHET to give him numbers of people that caught Covid19 at matches.

An article I read the other day mentioned 71,000 children attended 800 Cúl Camps this year, there was just one positive case and that wasn’t linked to the camps. These youngsters can go to camp, train and play games but can’t go to a match as a spectator.

I wrote an article about mental health and how the lockdown affected so many people in different ways, especially an elderly supporter I knew. The glimmer of hope for him and others was the fact games were resuming and he could go training sessions and matches. That’s gone now.

Yes we need to protect our elderly and vulnerable from Covid19 but can’t allow them to fall into a state of depression because the simple pleasures in life are taken away from them.