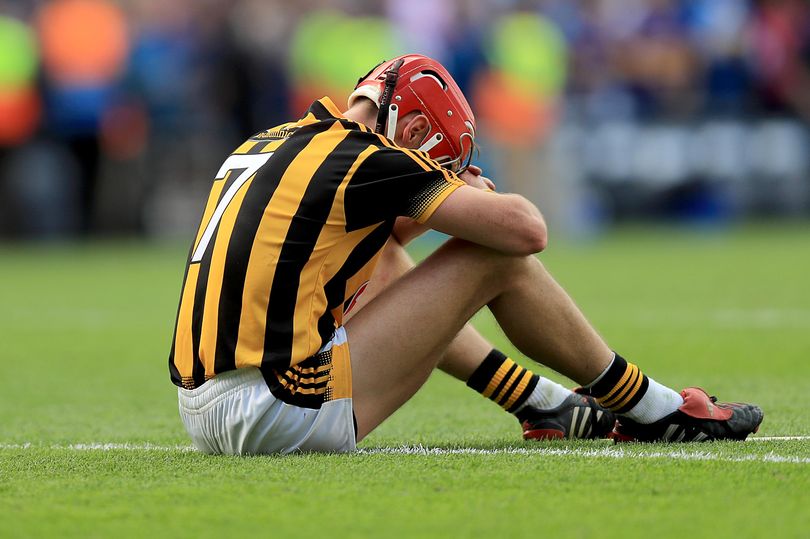 One of my earliest hurling memories is the 1993 Leinster final between Kilkenny and Wexford. It was one of those classic, misty eyed affairs, where everything seems greater in retrospect. Those were the days before the redevelopment of Croke Park, when supporters could get absolutely drenched in a creaking old Cusack Stand during the minor game, while being scorched in the senior match a few hours later.

There was a lot of anticipation built up around that game. Certainly, from the Slaney side, a county who have never been accused of dampening down anticipation, there was a sense this could be their day. They had been impressive when disposing of Dublin and Laois in their opening Leinster games. Earlier on in the season, they had just lost the league final against Cork, after their corner back John O’Connor had come up from his station in defence to drive a last minute free wide in one of the 3 games.

Once the game began, all the passion and fury that had been built up in the Wexford psyche came out in the performance. Defenders were flying into challenges. Each clearance was greeted with a huge guttural roar. Billy Byrne had a ground shot from 14 yards that was miraculously kept out by Michael Walsh. Martin Storey, a man who always displayed the best and worst of Wexford hurling, hit 3 points from sideline cuts in one game, when before it was inconceivable to see three such scores in a season.

After a titanic battle, and with goals shared by Eamonn Scallan and Eamonn Morrissey, Tom Dempsey put Wexford 4 points ahead with 5 minutes to go. This was it now. The 16 year old Leinster famine was over. The purple and gold was about to ring out over the tannoy. There was no way for Kilkenny to make it back from here. 4 points down with only 5 minutes to go? All of the 9 lives had been used up by the side. Unless they got a goal, their All-Ireland reign was finished.

Then though, something strange happened. Well, to some it may have been strange, but to others; perhaps Wexford folk, it may have felt grimly inevitable. Eamonn Morrissey, who had been a peripheral figure in the game in some ways, despite his 2 goals, manoeuvred some space for himself to slot over a couple of scores. John Power steamrolled through the centre to set up points. Slowly but surely, the Wexford side was reeled back in, until there was just a single point between the sides.

With practically the last play of the match Billy Byrne popped up with the ball in the Wexford full forward line. The veteran Gorey man looked certain to snatch a late decisive point, but to his despair, he was expertly hooked by the elegant stick of Kilkenny’s full back Pat O’Dwyer. From there, the side’s corner back Liam Simpson drove the ball out to the midfielder, Bill Hennessy. Hennessy, in turn, struck it into the corner, where the knacky Adrian Ronan grasped and then placed a beautiful crossfield ball to Eamonn Morrissey, who caught and pointed in one fluid motion. Kilkenny had equalized, the game had finished level, and Wexford were left to lick their wounds and await, their impending defeat, in the replay.

If ever there was a score that epitomized what Kilkenny hurling was about, that final point in the drawn 1993 Leinster final was it. Every single player, from Dwyer making the hook in the backline, to Morrissey catching and pointing at the other end, did the right thing. No one panicked. No one tried to be a hero. It was just a case of every single one of the players, from corner back to corner forward, doing their job.

There was a perception at that time that Kilkenny would win big games. In a recent interview with the Irish Times speaking about that match, Tom Dempsey reiterated that sentiment “Afterwards, Willie O’Connor came over to shake my hand. Willie is a gentleman and he definitely didn’t mean any malice or anything. But he put out his hand and just said, ‘Hard luck, Tom.’ It was as if we were after being beaten. He was basically saying, ‘God, you missed your chance there.’

“That’s the subconscious hold generations of Wexford players had and have had with Kilkenny. I was brought up with Kilkenny dominance and it had seeped into our demeanour and our psyche.” 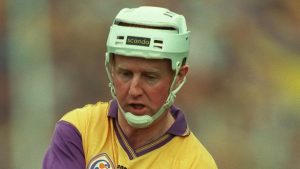 Throughout the last 26 years, and particularly the 20 years of Brian Cody’s reign, that belief has persisted. Kilkenny have lost games, and plenty of them, during the same time, but it’s been rare where you could say it wasn’t by a better team. Sure, maybe the 1999 All-Ireland final and the 2004 Leinster Semi final were upsets, but those were very much the exceptions rather than the rule. Kilkenny have had a psychological hold over their opponents. They were usually the smarter side in any game they played. They didn’t do panic.

In the last few years, however, that has changed somewhat. In 2017 Kilkenny didn’t play a championship game in Croke Park for the first time in around 50 years. The reason they didn’t do so was because of the two defeats suffered, coincidentally enough, against teams playing sweepers, Waterford and Wexford.

In the 2018 League semi-final the side had seemed to overcome those difficulties. Rather than belting the ball aimlessly into the forwards, as the previous year’s side had done, they worked the ball through the lines. They overcame Wexford easily in that game, and then steamrolled over Tipperary, as they always seem to do, in the League final in Nowlan Park. In a way, considering the level of talent at his disposal, it was one of Cody’s finest achievements. And it looked like he was about to work the oracle in churning out one of his great sides yet again.

Since then, in league and championship, Kilkenny have lost 9 of their 18 games, with a further two concluding in draws. Of those 7 victories, only the ones achieved against Offaly and Carlow in the Leinster Championship, and possibly Cork in the league, could be deemed to be among the convincing variety. They have scraped past Dublin in the Championship both years and similarly edged out Wexford and Tipperary by a point. 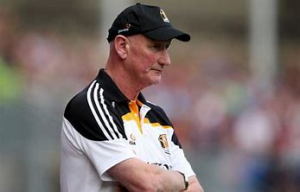 That’s why last week’s defeat by Wexford should not really have come as a surprise. Prior to last Sunday, in the 2 and a half years since Davy Fitzgerald has been at the Wexford helm, 10 games had been played between the sides. There were 4 wins for each team with 2 of them ending in draws. Wexford have also beaten their one time oppressors 3 times in the Leinster Under 21 championship this decade, once by 17 points. They had beaten them just a few hours earlier in the minor final last Sunday. Wexford no longer fear Kilkenny. Given the statistics, why should they?

So if Kilkenny’s defeat wasn’t actually that much of a shock, what was somewhat unusual was the manner of it. In times past, ala the early 90’s, it was expected that Kilkenny would win, partly because Wexford would beat themselves. Bad wides, missed chances, panicking when in a lead. Those were the hallmarks of Wexford hurling. Yet watching last Sunday, it was almost as if, if the traits were still present, the jerseys have been swapped.

Last Sunday Kilkenny hit 12 wides over the course of the 75 minutes of action, while Wexford shot only 3. Allied with that, the way other chances were missed was also alarming.  Conor Fogarty came through with 5 minutes to go and tried to make a complicated pass into Colin Fennelly, rather than tap over the bar to reduce the deficit to the minimum. Ger Aylward, a player with so much raw talent and yet so often appearing with blinkers, opted to shoot for goal rather than pass the ball to the much better positioned Fennelly, just after Mark Fanning’s decisive penalty.

Eoin Murphy decided to lob balls into a packed area with a few minutes of normal playing time to go, rather than tack on points that were well within his range. Even TJ Reid, one of the most gifted players of all time, and someone no one could ever accuse of lacking hurling intelligence, made an uncharacteristic error in the first half when eschewing a simple tap over free for an attempted goal with Colin Fennelly. In the last 5 minutes of normal time, and 3 minutes of injury time, Kilkenny didn’t manage a score. Now compare and contrast with 93. 4 points down with 5 minutes to go and still not losing. Whereas previously, Kilkenny hurling had been a byword for good judgement, now the converse was true.

Now it’s obvious that the Kilkenny talent pool is not what it once was. The peculiar thing is though, since their last All-Ireland win in 2015, there hasn’t been a massive turnover of players in the Kilkenny team. Of the 6 forwards that started in the 2015 All-Ireland final, 5 are still on the county panel. Only 1 though, the imperious TJ, is still operating at the same level. Ger Aylward’s form has deserted him from the All-Star forward of 4 years ago. Colin Fennelly was fantastic during Ballyhale’s recent club All-Ireland run, but he has struggled thus far in the Championship. Walter Walsh has had problems with injuries and looked off the pace last Sunday and Richie Hogan’s last few years have been decimated by injuries.

Of the newcomers to the side, Adrian Mullen has looked the most promising, and Huw Lawler has been impressive in defence, but there is still a definite gap in talent between what’s currently lining out for Kilkenny and what they’ve had in the past. It’s exceptionally hard to imagine the likes of Richie Power, Henry Shefflin, Eoin Larkin et al, missing the chances that the Kilkenny forwards did last Sunday. Back then, the decision making of Kilkenny forwards, when nearing the posts, was excellent. Nowadays, it’s the same, or most likely worse, than most other top hurling counties.

Of course, all is not lost. There’s an All-Quarter Final against Cork next weekend most probably and, considering the Rebels’ fallibility in knockout rounds, Cody will fancy his sides chances. Talent wise at least, however, you couldn’t say this Kilkenny side is better than the Cork one, and it would be a brave man who would back them. So they carry on, despite not having won any of their last 3 games, and they may still sneak their way through to a semi-final. But whatever happens next week, there can be no doubting that the golden era of Kilkenny hurling under Cody is over.