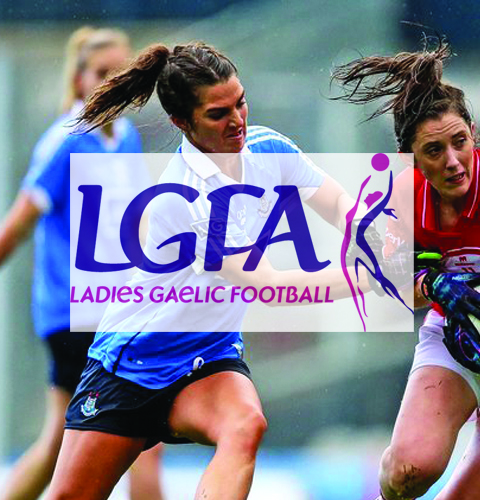 When I was young I used to pretend I was Charlie Redmond/John O’Leary or Granard’s finest Kevin O’Rourke. I loved football but going to a convent primary school, football wasn’t played so I had to make do with playing with the children in our estate.

Luckily in Community Games there was girls football and this is where I got the first chance to show off my skills or lack of them. In secondary school (Cnoc Mhuire) this is where a lot of girls excelled at football; under the guidance of Cavan man Mick Flynn. There was also clubs formed in the locality too.

Mick Flynn guided Cnoc Mhuire to several Leinster and All-Ireland successes and it was no surprise that a number of students and former students were part of the Longford team that won the All-Ireland Junior title for the first time in 1997.

I was there that day in Croke Park cheering on the girls in blue – we had lost out in the final the previous year. Little did I think that 20 years later a crowd of over 46,000 spectators would be in attendance at the All-Ireland Ladies Finals. The number shattered the previous year’s attendance by nearly 12,000 and it was the highest attended female sporting event in the World this year. The World!!

It is amazing how much Ladies football has grown over the last number of years in terms of playing and as a spectator sport. TG4 deserve so much credit for showing games and generating the interest. The LGFA – and I have been and will be critical of them – have upped their game in terms of marketing while having Lidl on board as a main sponsor has been a masterstroke.

When Lidl entered into sponsorship their aim was to raise awareness of the sport and they’ve done just that. It is amazing how good marketing and advertising can raise the profile and that’s what has happened in Ladies Football.

The volunteers that kept football going in clubs and counties around the country are finally seeing the rewards now. In my own county of Longford it’s great to see new clubs being formed and the interest rising. It’s fantastic to see the game grow internationally too and fair play to the people that are flying the LGFA flag aboard.

The LGFA still have a bit to go in terms of grabbing more people’s attention but there is a brilliant product there; there is good advertising and marketing and that’s a start. As the song goes “sisters are doing it for themselves, standing on their own too feet” and they’re now doing that in football boots, not just heels.