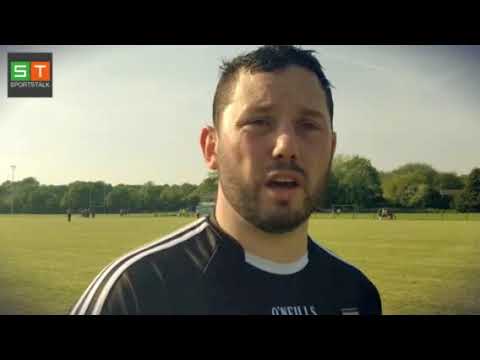 Sligo held out for the slenderest of wins away to Lancashire in Manchester, while a pointed free from John Sheanon earned Cavan a share of the spoils against Fermanagh in Round 1 of the Lory Meagher Cup.

Sligo 4-14 Lancashire 2-19, Old Bedians Sports Ground, Manchester
You’d normally put your house on Ronan Crowley to slot a free from most distances over the crossbar, but the Cork native failed to convert two late efforts, as Sligo held out for a one-point win in Manchester.

Both sides produced a game fitting of its Championship status and the game was helter-skelter right until the final moments.

Lancashire entered second half injury time trailing by three points, and with referee James Clarke indicating at least an additional three minutes to be played, there was still a chance to snatch victory.

Lancashire piled on most of the late pressure, and added two scores, including one from Edmond Kenny, as the Sligo defence were forced to work hard.

In the sixth minute of injury-time, Crowley stood over a free, with the referee saying that this was the final play of the match.

The effort was deflected out for a 65′, but the full-time whistle sounded, and Sligo held out for victory.

Earlier, little had separated the sides, with Lancashire shading a 2-9 to 2-8 interval lead.

Crowley and Kilkenny native JJ Dunphy fired a goal each for the hosts inside the opening 20 minutes, with Larry Cadden finding the net for Sligo.

Lancashire moved 2-8 to 1-5 clear, but Sligo finished the half strongly outscoring their opponents 1-3 to 0-1, with Cadden claiming a second goal in injury-time.

Four minutes after the restart, Gerard O’Kelly-Lynch netted their third goal and it was nip and tuck for the remainder of the contest, with Sligo’s fourth goal coming from Kevin Banks, and despite strong Lancashire pressure, Daithi Hand’s charges held out for the win.

Fermanagh 1-19 Cavan 2-16, Brewster Park, Enniskillen
Fermanagh and Cavan hurlers provided plenty of drama in the curtain-raiser to the Armagh-Fermanagh Ulster SFC tie, with a 74th minute John Sheanon pointed free ensuring a share of the spoils.

The Cuala All-Ireland winner was cooly composed to deliver the vital score, as Cavan’s resurgence continues, after returning to competitive action last year.

Thomas Cleary and Shea Curran accounted for Fermanagh’s early scores, with Sheanon and Philip Brady on target for Cavan.

Cavan pushed four points clear, but following good efforts from John Duffy, Curran and captain Ryan Bogue the sides were tied at 0-8 to 1-5 after 23 minutes.

Sean Keating found the net with a low effort in a crowded goal-mouth and following a Philip Brady point Cavan led by 2-7 to 0-8 after 28 minutes.

Fermanagh worked well early on the restart through Curran, Bogue and Duffy taking scores to cut the gap to the minimum.

Sheanon kept Cavan on top as he traded scores with Duffy.

The sides were evenly balanced, but a Ciaran Rafferty goal put Cavan 1-16 to 2-12 ahead with 12 minutes remaining.

Another Curran point opened up a two-point gap in the 63rd minute, but Cavan edged back to draw level through their captain Anthony Sheridan.

Curran and Kevin Conneely swapped scores, before Curran looked to have won it with an 80-metre free in the second minute of injury-time, but Cavan found an equaliser from Sheanon.

Everyone Loves Tommy: How Tommy Walsh became the most popular man...