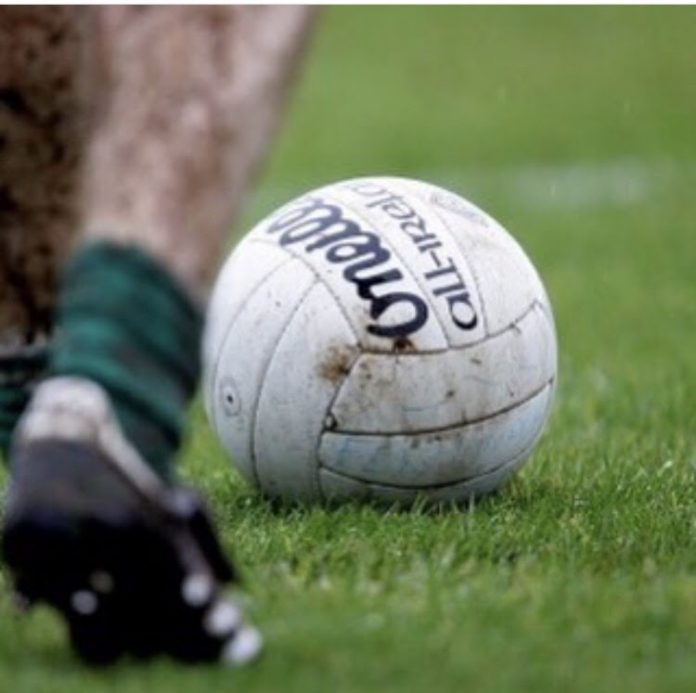 Are you a gaelic footballer who thinks his or her playing days are numbered? Have you stopped playing club football and are looking for something to do to keep yourself active? Would you rather be out on the pitch again instead of the golf course? Well, Social Football may be the answer to all of your problems. Social Football is a game of gaelic football which helps keep the older crop involved in a fun and competitive environment. Played on a smaller pitch, the game is normally played with two 7 a-side teams over five sets.

Founded by Naomh Mearnog legend Mick Kissane, the rules of the game allow players of all skill levels to compete in a more relaxed environment. The concept of social football includes the following: Players can only take two touches at any given time. This stops the so-called stronger players from running the show, so to speak. The pitch is set with two semi-circles at both goals, shaped by cones and players are unable to shoot inside the semi-circle. Another key element of the game is that goals are only allowed. The main reason for this is that the ball remains in play as much as possible and it also makes the games more competitive. The game is non-contact, or at least that is what is being emphasised. Another important aspect of the game is that the losing team entering the next set is given the restart and a bonus goal. It gives them that determination to try and turn the game around. In Naomh Mearnog, social football has attracted players from age groups between 25 to 80, proving that age is just a number and this allows players to interact on a level that may not otherwise be possible. The games are played on an astroturf pitch and the non-contact element is important to keep players injury-free.

Unlike a traditional game of gaelic football, social football as previously mentioned is played over five sets. The idea behind this is that games more often than not will come down to the final set. This keeps both sides interested and a game can turn very quickly. To grasp the essence of playing the game, players Simon Woods and John Coakley have shared their experiences of playing social football. Simon Woods or Woodsy as he is affectionately known as, has been playing the game for many years. He said: “I think the basic idea is inclusivity, ie: all ages, all skill levels. Non-contact is the reason it all works. Mike Kissane’s basic plan was to get everyone doing a bit of exercise whatever their fitness level is. He put a lot of thought into it, ie: the losing team gets to restart and bonus goals etc. The basic ethos is to enjoy yourself while making new friends and getting fit. He is a bit of a genius really.”

John Coakley is another big player, amongst the social football cohort. The Corkman, who has been living in Dublin for many years, has his views on what makes social football such an appealing game to play. He said: “For me, the concept of social football is to allow people of all ages and standards to continue playing ball for as long as they want. Mike Kissane’s ‘invention’ has several rules which ensure everyone is guaranteed to be involved in the game. 1.No contact means people carrying injuries can still play. 2.Only allowing players to take two touches before having to pass the ball means the better players have to involve those of lesser ability. 3.Playing it over five sets means it nearly always comes down to the last set and keeps it competitive. If it was two halves and one team gets on top everyone loses interest. 4. Goals only also means the ball is in play a lot as if there were points lads would be kicking from way out. For me it’s a great opportunity twice a week to stay fit, clear your head – depending on who’s playing – he laughs, and having a bit of fun with other people who like kicking a ball.”

Overall social football is an all-inclusive game. It is a game of fun, while still keeping a relative competitive nature. Mick Kissane who invented the game, recently turned 80 and if anything is an example that age is just a number. He continues to play and referee the game every week. Social Football is played in Naomh Mearnog GAA club every Wednesday evening at 9pm and again on Saturday afternoons at 4pm. The game has the potential to be played all over Ireland and will ensure that players stay connected with their clubs for the years ahead. If you want to play football again, what are you waiting for? 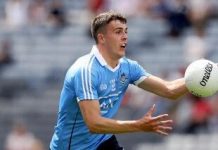 From Ballyboden to Brisbane. The rise of Dublin star James Madden.

“WHAT THE FUCK WERE YOU THINKING, LADS?”