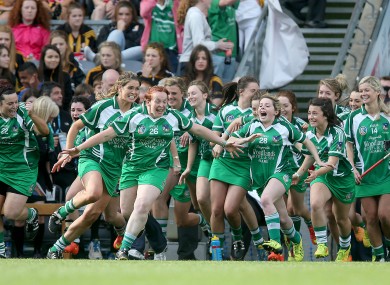 At the start of the year the 2014 All-Ireland winning intermediate camogie captain Aoife Hickey confirmed that she was retiring from inter-county camogie, Aoife indicated that at the start of the year that she had suffered a bad injury to her knee, decided not to play and that she wanted to put her personal life first. When asked about how she was adjusting to life after giving such commitment to the Limerick camogie team Aoife said that she felt great that she went over to see Andy Murray and Serena Williams play in the tennis and do things that she never got the chance of doing as normally she would be preparing for the championship. Aoife also praised liberty Insurance for the live streaming of the camogie games on social media that while she was away “I can remember watching the men’s tennis final on the TV and watching the camogie on the laptop. Liberty have done a great job in promoting the game”