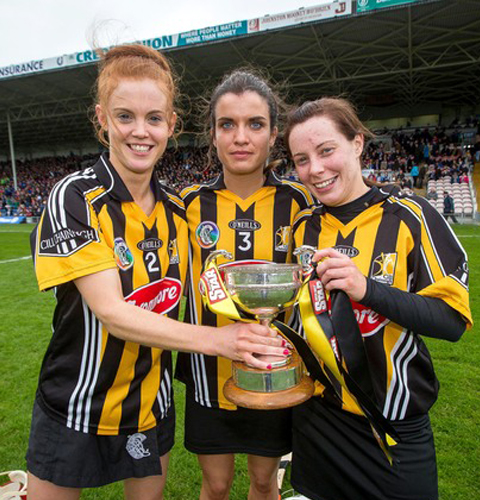 What a difference a year makes. 2016 Kilkenny won the All-Ireland Camogie title for the first time since 1994 and in doing that denied their rivals Cork claiming the title for the third year in a row.

This year after winning the League Kilkenny lost to Cork in the All-Ireland Final by the narrowest of margins. Speaking on this year’s Sportsgirls Podcast Collette Dormer had mixed emotions about 2017.

“Our main aim was to try and get back to Croke Park; try contest for the All-Ireland. Losing that and losing out by a point was absolutely heartbreaking. As we look back on it, although winning the league and winning Leinster it was nice to win but losing the All-Ireland though was heartbreaking.”

Dormer though is taking some positives out of this year:

“You would be disappointed looking back on it but at the same time we have young players who got a run out in the championship. We had 7 new girls that hadn’t played in championship played in the league final so it was great.”

Looking back to the final the Kilkenny star felt the start Cork made laid the foundations for their win:

“On the day they got off to a better start. Sometimes the way things go the team that starts off better, they have the momentum.”