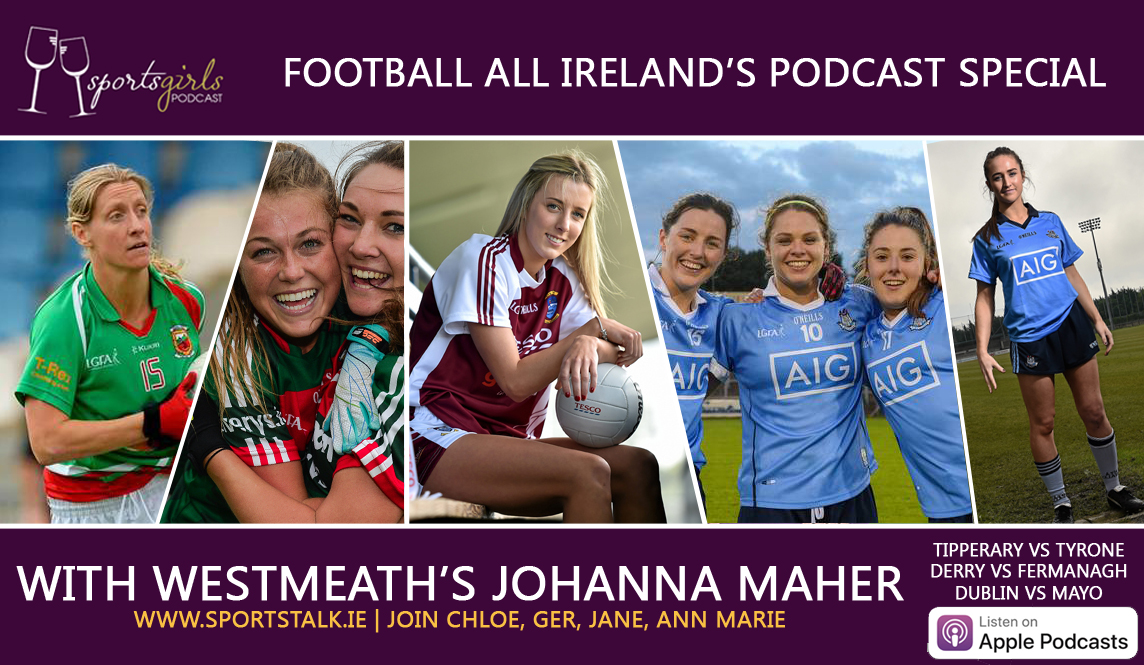 Having lost out to Cork in the last three All-Ireland Ladies Football Finals this week’s SportsGirls Podcast talk about Dublin’s chances of finally claiming the Brendan Martin Cup this Sunday; a title that has eluded them over the years.

Recent games between the two sides have been so close with the narrowest of margins separating them at the end. Chloe said: “This year they were the only teams to play in Croke Park for a league game and Mayo came out on top by a point. Last year in the semi-final in Breffni Park in Cavan Dublin won 2-10 to 1-12. Sinead Aherne kicked a late free. There has only ever been a point between them and I think Mayo definitely don’t fear Dublin and Dublin don’t fear Mayo.”

Westmeath’s Johanna Maher feels that Dublin’s record over Cork in recent years had actually become psychological: “ It’s a psychological thing at this stage. Obviously last year they were seriously unfortunate. At the start of the year I definitely would’ve said Dublin, to be honest but I seen Mayo play in Cusack Park and I thought they were excellent.”

Listen here to this weeks podcast!

Find out what “A 16 year old Cora Staunton would say...