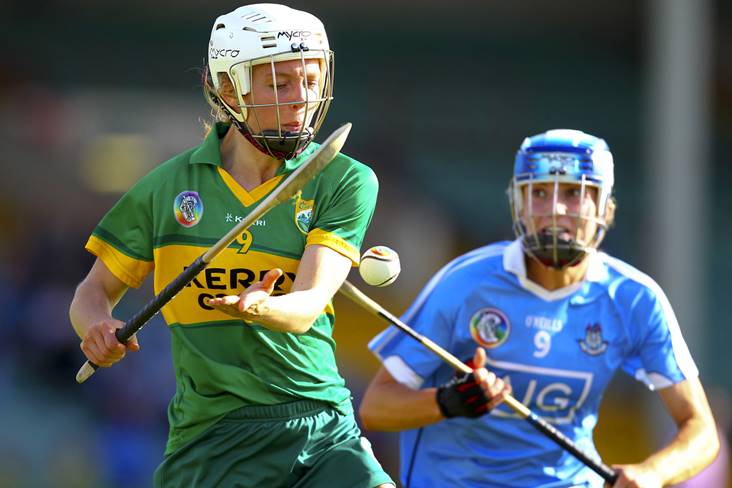 The girls also gave their predictions on their various individual awards which include Manager of the Year and Senior Player of the Year.

There were a few talking points about selecting the final 15 with the girls agreeing on a lot of positions.

For the Manager of the Year they both tipped Cork’s Paudie Murray. Carol said: “It’s hard to argue with Paudie Murray. To come back and win it again this year; the scores and the performances they put up all year. They were so consistent.”

Ann Marie commented on the relationship between Murray and Kilkenny manager Ann Downey: “I am a big fan of both Paudie and Ann Downey. The relationship they have and the tactics they bring, they bring out the best in each other. I think Paudie, this was one of his best years this year. I definitely think he will win the Manager of the Year Award and he’s fully deserving of it.”

Both girls would like Kerry’s Patrice Diggins to win the Junior Player award. Ann Marie feels it could go to a Dublin player due to their All-Ireland success this year.

In the Intermediate category Carol singled out Down star Niamh Mallon. She said: “I think Niamh Mallon has such amazing skill. For Down Camogie she was their shining light all year. She is so consistent all year.”

Ann Marie was in agreeance with her: “I completely agree, with Niamh Mallon. I think she is phenomenal. She is class. She was such a joy to watch in the All-Ireland Final. I’d love for her to win the award. Another strong contender is Amy Lee from Cork.”

The girls differed with their preference for Senior Player of the Year. Carol went for Kilkenny’s Anne Dalton. “I know Orla (Cotter) came out with Player of the Game in the final but I suppose if it goes over the year I think Anne Dalton. I don’t think I could argue for anyone else. Anne Dalton is so consistent and you could play her anywhere. I think she deserves it.”

Ann Marie is going for Cork’s Chloe Sigerson: “I think Anne Dalton deserves it but I would love to see Chloe Sigerson; based on the year that she had.”