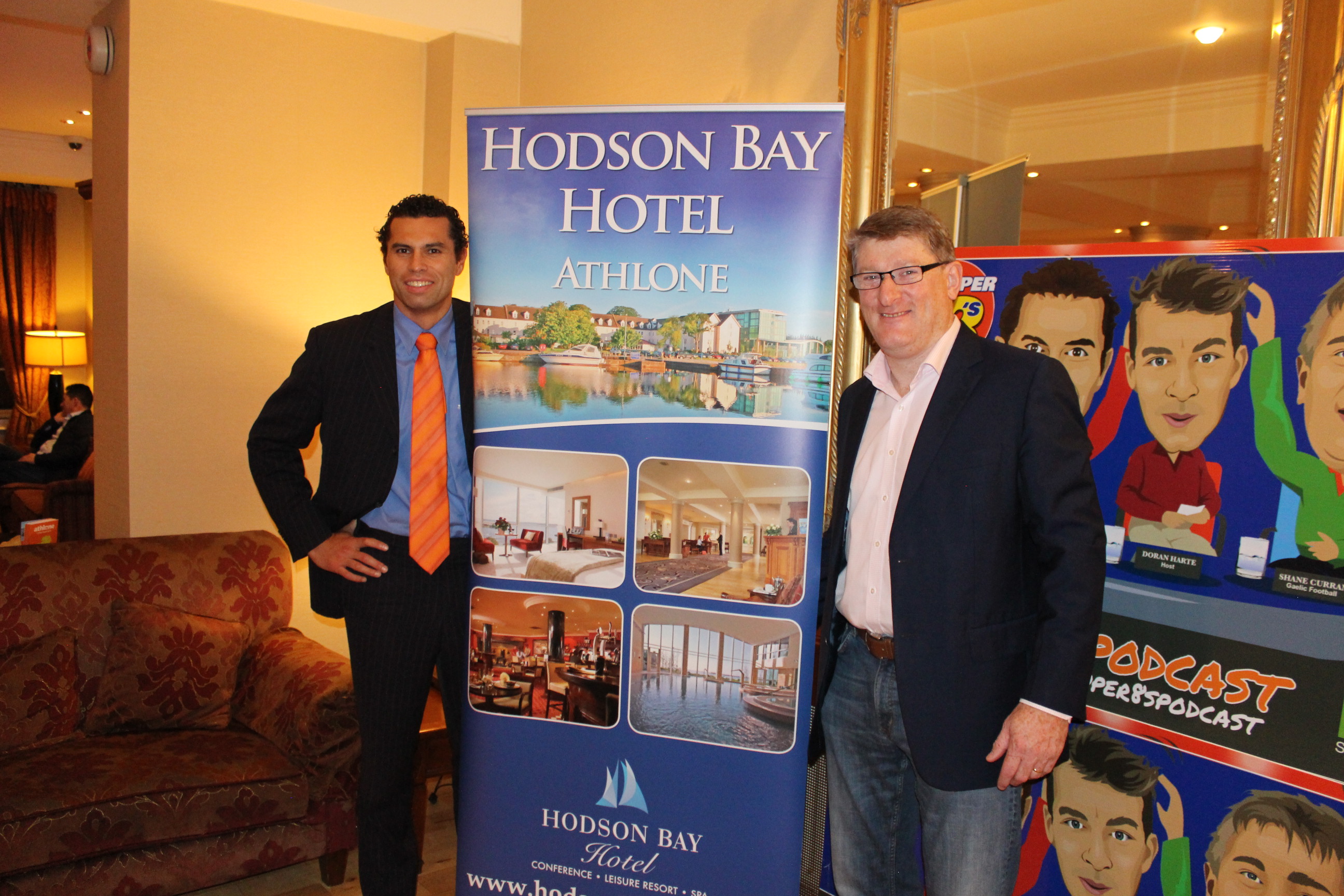 Sportstalk.ie on Friday night in the Hodson Bay Hotel announced the launch of their brand new GAA podcast adequately named Super 8’s. Super 8’s Podcast is totally dedicated to GAA sponsored by Hodson Bay Hotel Group and Syncom Recruitment will discuss all the latest topics from the GAA world while each week interviewing a special guest.

“This is my first venture into the social media world and I’m excited to reach a new audience, I think what attracted me to the show is that it is totally based around GAA and there are some fantastic stories and characters out there” Westmeath native and former Westmeath star Doran Harte described how he is excited to work alongside two legends of the game,

“Its a really an exciting concept Sportstalk.ie have came up with and I suppose its an honour for me to be working with such high calibre lads. Shane probably doesn’t get the credit he deserves for being and open and honest pundit and Sean óg has being one GAA star to transcend the sport in the last 20 years, so I am delighted to get the hosting gig and I think people can look forward to a fun & entertaining show each week.”

Shane Curran has being a stable pundit for Sportstalk.ie since they burst on to the scene a year ago and he gave us his wish list of guests to have on the show

“I really am looking forward to interviewing some of the guys I use to play against from our era and also outside the sport with massive links to the GAA Shane Lowry and Former Ryder Cup Captain Paul McGinley, I think working with my fellow colleagues on the show is going to be extremely exciting and I hope we deliver a super show each week.”

Super 8’s Podcast will be one hour long and available on itunes, YouTube & SoundCloud every Wednesday with weekly competitions kindly sponsored by Hodson Bay Hotel Group. Super 8’s Podcast can also be accessed through www.sportstalk.ie and all regular social media platforms.
Click Here To Watch Interviews from Launch Night!