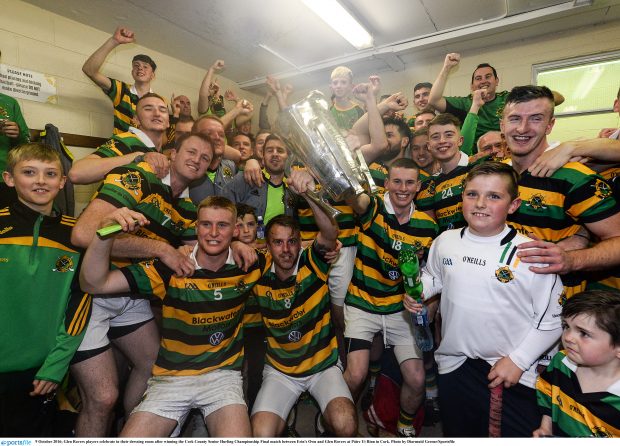 Richie Kelleher: I never even once thought Glen Rovers would get this far. I learnt the hard way as a player that looking beyond the next game is a lack of focus and leaves you unprepared because 9 times out of 10 you will lose the game you are not focused on. This is my 3rd year as manager and yes I wanted to build something but never thought we would end up in a Munster Final and to make it even more special it’s in Thurles, the home of hurling. Now that we are here I know we deserve to be here.

My goals or goal should I say for the team was take one game at a time and be seriously committed to the 2016 season. We were entering the season as Cork county champions and that comes with responsibility, a responsibility I take very serious.

Sportstalk: Did ye celebrate much after the County final? Was it hard to re-focus the players for the Munster campaign?

Richie Kelleher: Yes we did, the players earned the right to party and my god they did. As a team they play hard and party harder. I as manager don’t do alcohol bans or anything like that. I trust the players to look after themselves and more importantly look after each other. The night we won the county there is a tradition of walking the Sean Og Murphy cup over the Christy Ring Bridge which crosses over the river Lee and leads you to the north side of Cork city. Glen Rovers grounds are roughly one and half miles from that bridge. Times like this are special, especially with Ringy’s family still involved in the club. The player’s stopped celebration on the Tuesday. I’d say some of our club members are still enjoying themselves and rightly so too.

Focusing the players was a lot easier that I thought it was going to be. The players were mad for road. We went down to Waterford last year to play Ballygunner and looking back now we were on such a high after our county win we weren’t focused enough which was understandable after such an emotional county win. There was no long meetings or motivation speeches it was a case of lets train hard again and see where we end up.

Sportstalk: How important is it to have a player of the calibre of Patrick Horgan in the team?

Richie Kelleher: My first time hearing about a young talent in our club was when a friend of mine now my brother in law Derek Goggin was raving that he saw a 12 year down the field playing a match and he was going to be a super star, that young fella was Patrick Horgan. Ever since Patrick was on my radar. I and many in our club are probably bias but in our eyes we are watching one of the greatest Glen players of all time. That’s how highly we rate Patrick. The man is a dream to manage and lives for hurling. Hurling is first with Patrick and always will be. We actually need to kick him off the training field some nights as he seems to always be there. On a personal note my 2nd son started out holding the hurley the wrong grip. I tried everything to change him and even paid my son to change but of course he wouldn’t change the grip. I got Patrick on the case and one quick chat with my son Kieran and that was the end of the wrong grip. That’s sums up Patrick, he would do anything for you and anything for hurling. Patrick has scored 5 goals and 135 points for Glen Rovers in the last 2 seasons with 3 goals and 40 points of that total coming from play. For a marked man every time he goes out that is some return. He is ours and we love him.

Sportstalk: How would you describe this panel of players?

Richie Kelleher: The panel of 36 players are committed, honest and hard working. They want the best for Glen Rovers and that makes my job very easy. In our panel we have the older guys who won minor (2002) and a U21 county (2001) behind them then is another bunch who won a Feile All Ireland (2002), 2 minor counties 2005 & 2006 and a U21 county (2008) and thankfully we have another bunch behind them who lost a minor county final the same year we lost a senior county final in 2014. The youngest guys on the panel have seen good times very quickly in their careers and they give the older guys an awful slagging about how quickly they won senior counties. All this builds a great team spirit that any good team must have.

Sportstalk: Give us a quick review of the year so far, when did ye go back training, how many games ye played, won/lost throughout the year, how many nights a week do ye train etc.

Richie Kelleher: We went back training the 1st week in February and hit the ground running right from the off. The Munster Final will be our 23rd game of the season, this figure could be higher but as a duel senior club I always try not to over load my players and always give them time to recover after games. Players need looking after and need to be fresh for big games.

We normally train 3 times a week or twice if we had a game that week. I always plan our training around the games.